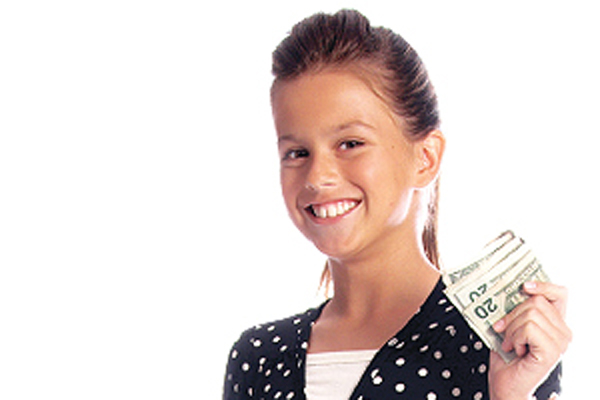 Author, radio talk-show host and financial advisor, Dave Ramsey, teaches money management skills to all ages, including children. In Ramsey’s book, Careless at the Carnival (Lampo Press; $9.99), Junior learns a valuable lesson about managing money after he spends it all in one place. But it’s not only Junior who needs to manage money. All ages can benefit from financial know-how, and the earlier the better.

According to the JumpStart Coalition for Personal Financial Literacy, an organization intent on encouraging curriculum in schools so kids can learn basic personal financial management skills, out of a potential score of 100 percent on a basic financial literacy survey, high school seniors averaged only 52.4 percent.

And out of all the U.S. bankruptcies filed, 19 percent are filed by people younger than 25 – one out of five young adults begin their first years of independence under a dark cloud of financial ruin.

Although the technical advances of “plastic” simplify purchase transactions, they also simplify getting into debt. As we transition from a cash-only society into a plastic and on-line payment one, it’s more important than ever for children to learn money management skills as they transition to adulthood.

The American Psychological Association says that children are bombarded by more than 40,000 TV commercials a year. At one minute a pop, that’s almost 28 days of nonstop commercials in one year! Although $12 billion is spent on children’s advertising every year, nothing can influence a child more than parents.

When the Stakes are Small

A wise mom once told me, “Let your children make mistakes when they are little – when the problems are too!” If you wait until they are grown, then their problems are big!” I decided that teaching my children smart money management while “their problems were little” was as important as good grades and healthy eating.

The only way for a child to learn to manage money is to have her own cash in hand. It doesn’t have to be – and shouldn’t be – a lot. And, it’s up to you whether allowances are tied to allowances. Benjamin Spock, M.D., in his book Dr. Spock’s Baby and Child Care (Pocket; $18), says that allowances should not be tied in with chores, which are how children learn to do their share around the house. Spock says that extra chores are a way for children to earn extra money. No matter how old it is, good advice is good advice. I opted for a no-strings, no-questions-asked allowance that began at age 5 and matched the dollar amount to the age – $5 for 5, $6 for 6, etc …

With his first allowance, my son, Brian, asked me to take him to the convenience store where the clerk converted his $5 to quarters at his request. I had no idea what he was up to, but it was his money. It was hard to keep quiet as he proceeded to put every one of the quarters in those tantalizing machines that offered him nothing but cheap toys in plastic containers. By the end of the day, he had $5 worth of rubble. He was so sad that he wouldn’t get more money until the next Saturday.

When the next Saturday arrived, he was more anxious than ever to get to the store. I watched silently as he again got $5 worth of junk. Of course the toys broke. Of course he whined for more money all week. But it only took these two sessions to make him realize that spending all his money in one place means having no money when you see something you like at another store you like, being broke for days is no fun, Mom does not give in, and purchasing things that don’t last is a waste of allowance.

Next my son fell into a pattern of purchasing real toys. Within a few weeks, his Transformer collection became the draw of the neighborhood boys. When he saved a portion of one week’s allowance to add to the next week’s for a more expensive Transformer, I knew that not only had he taught himself the basics of budgeting, it was time to introduce him to the dangerous land of credit cards.

Using an unsolicited sample credit card I’d received in the mail, I cut my name off of it and this became Brian’s VISA card. I was the banker and gave him a $20 credit limit. I explained the concept of charging things and a nasty thing called interest. To keep things simple, I opted for 50 cents interest on every $5.

“When you want to buy something on credit,” I said as I handed him the card, “tell me and I’ll mark it in your charge book.” I showed him the little notebook I’d carry in my purse, then wrote “$20” at the top of the first page. “Each time you say you want to charge something, I’ll mark it down in the book and subtract it from $20. You’ll make payments out of your allowance. For instance, if you buy something on credit for $10, you’ll owe the bank $11.” His eyes opened wide. “You mean I’ll have to pay you more than I pay for something?” he said in disbelief.

I watched the different emotions cross his face. The allure of spending $20 tempting him and the realization that he’d have to pay back more than he spent. Suddenly his face brightened. “But I don’t have to pay it back all at once, right?”

I nodded. “You can make payments out of your allowance each week. It will be up to you how much you pay, but there will be a $1 minimum you have to pay.”

If adults can’t resist the siren call of credit cards, how can a child? He slipped that credit card in his pocket, smiled and said, “Let’s go shopping.”

When he pulled out the card at the cash register, which again was at a convenience store, the clerk said, “We don’t accept credit here from children.”

“That’s OK,” I said and smiled. “We’re learning about credit cards, and I’m his bank.” Although candy is something I wouldn’t purchase with a credit card, I paid for his purchase without comment and carefully marked it down in the book. Brian didn’t max out the first day, but before the week ended he spent his line of credit.

Slowly paying down his debt, he found out that a credit limit is a pit of quicksand and making minimum payments feels like you are wearing cement shoes. Still, occasionally he’d bring out the card for new purchases, and I’d pull out my book.

“Awww, Mom, can’t you just let me get this without writing it down?”

I thought about him being a man. Would a creditor let him buy something without writing it down? This lesson’s price tag had only one zero behind the two; when he was grown, it could have four zeros. “I’m not Mom at the moment. I’m the bank. No.” Ouch.

The seeds of money management skills sprouted into other facets of Brian’s development. He confided in me about watching his friend, Jason, spend all his allowance on candy (“I didn’t say anything. It’s his money, Mom.”). Brian began setting aside portions of his allowance when he wanted to save for something. He’d ask if there was anything he could do around the house to earn extra money and, if the answer was no, he’d ask the neighbors. Even his math grades showed an improvement.

One day while shopping for school clothes and shoes, Brian zoomed in on a pair of new shoes. He looked at the price tag and put them down.

“Too much,” he said quickly.

As I paid for a pair that cost half the amount of the more expensive ones, I smiled and hugged my son. I was tempted to purchase the more expensive ones just because. Instead, I decided to honor his decision and make it up to him some other way. Perhaps a tip if he did a job really good. It’s what adults know as a bonus.

Brian has come a long way from wasting his entire allowance on junk to not allowing himself to be influenced by all those millions spent on ads. He’s made – and learned from – the worst financial decisions while both he and the problems were little.

Leslie Dunn is a freelance writer.

To learn more about the JumpStart Coalition for Personal Financial Literacy, visit jumpstart.org. 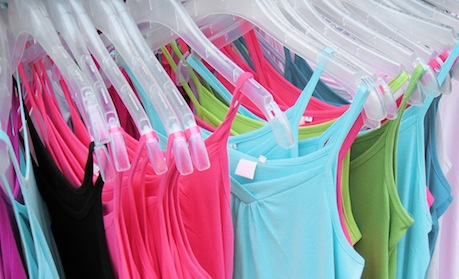 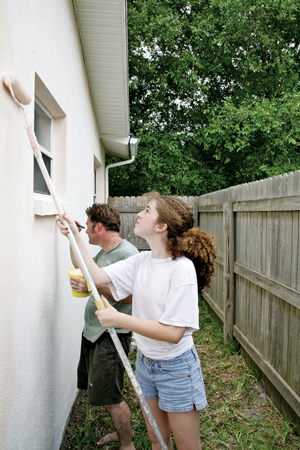