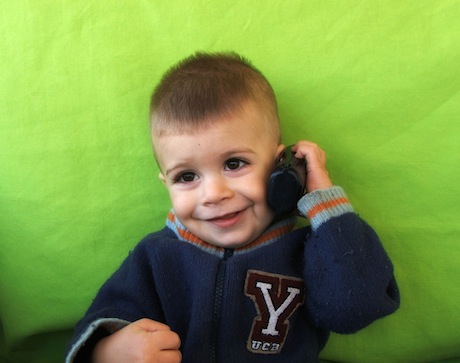 I recall learning the four disciplines of parenting styles in a family life studies class waaaaay back in high school. Authoritarian, authoritative, permissive, and sadly, the uninvolved/negligent parent. (I hope my teacher’s ears are burning somewhere, and she feels proud of herself for being a good teacher, because I totally remembered the four types without Googling it first. But to be completely and fully honest, I DID Google it afterwards to make sure I had it right, because, HELLO! High school was a long time ago!) Four easily defined parenting types! Little did I know then, there are about six million (billion? trillion??) sub- categories of parenting types based on the choices parents make every. single. day. for our kiddos. These labels are sometimes thrown around with judge-y undertones, sometimes with a raised eyebrow, suggesting one choice might be better than the other (spoiler alert: they’re not).

You have your cloth diaperers, disposable diaperers, breast is besters (sub categories include choosing to cover, feed openly, pump, or EBF), feeding my child is best so butt out-ers, cry-it-outters, co-sleepers, helicopter types, free rangers, pro pre-schoolers, day care darlings, strictly stay-at-homers, etc., etc. And that’s just a few labels out of a couple thousand you might hear before your kiddo even makes it to kindergarten.

If I were to choose an overarching label for my current parenting style, I think I would label myself a “flying by the seat of my pants-er” or “doing the best I can-er.” I may appear groomed and put together on the outside, but if you were to take a peek inside my brain, you would see gears tinkering, trying to choose my next move to raise decent human beings in this tumultuous world. Working in a trial-and-error fashion, as I cannot commit to any specific parenting sub-styles. The reason I can’t read a specific parenting book and have all the answers? My kids keep evolving and changing on me … and my kids are (surprise!) INDIVIDUALS!!! What works for one of my sweet sons would send the other one into a tailspin meltdown of tears. It could get tiring to question what others may be labeling me, so I think I am going to stick to being a “flying by the seat of my pants-er” in my own mind. If you would like to label me as something else, great! Have at it, but I can’t promise I am going to care, because I am too busy trying to figure out my next move, doing the best I can.

Let me give you an example of my go-with-the-flow style. Recently, my extremely bright (as in maybe too bright, prone to manipulating) 5-year-old has been having trouble with hitting his 3-year-old brother and calling him names. The horror! It broke my heart to see my oh, so sweet 3-year-old flinch when his older brother came near him. I tried several approaches from several of those parenting sub-categories. I really tried to be patient to find something that would work … I tried talking about actions and consequences coupled with age-appropriate time-outs (five minutes), but that only made my oldest son angrier and resentful. I tried taking away things from my older son as a form of punishment, but he is a materialistic kid who would end up having a meltdown about his “stuff.” I understand that consistency is key, so I would try each option for about a week. I tried, a lot.

Now, let me apprise you to my current sitch over here so you “get” how dire things were getting … this momma is almost 37 weeks pregnant … and after trying several approaches… I almost broke… I may have ugly cried in the shower a few times… I may have eaten ice cream out of disgust a few times, too… I may have said bad words under my breath… I may have questioned if I am a “bad mom” … I may have secretly rooted for my youngest son when he got a good retaliation smack at his big brother. (I know, that sounds bad, go ahead and judge me … part of my self-appointed parenting style is being honest with myself).

I didn’t give up though. I ordered some really cool Ghostbusters stickers for big bro, and put together a positive reinforcement chart, a contract of sorts. Three very simple rules — no hitting, no bad words, and LISTEN. While little brother napped, I showed big bro the rules, and asked if he would be willing to adhere to these rules if there was a big reward in it for him. He was intrigued. Big reward, you say? I showed him the stickers. His interest was piqued. I needed to really sell this thing. For each day he could follow the three simple rules, he would get … a sticker. And not just any sticker, a super cool Ghostbusters sticker for his chart. AND the deal doesn’t stop there. He wouldn’t just be getting a super cool, amazing, awe-inspiring sticker for his chart, there was MORE! He wanted to know what “more” entailed. Each sticker represented a dollar. Whatever, a dollar? He gets those from his grandparents all the time. Hear me out kid, you’re going to like where this is going. Once he got ten super cool, amazing stickers, he  would then EARN a super cool, amazing, awe-inspiring, highly sought after, majorly coveted $10 Lego Star Wars toy. His jaw dropped. I had him, he was in. After months of different approaches from various parenting styles, I found one that worked. My biggest kid is excitedly earning stickers and Lego kits. My littlest (soon to be middlest) kid isn’t being bullied anymore. And me? I am over here just flying by the seat of my pants, waiting for the next obstacle thrown at me. Will I try a behavior chart with my 3-year-old if he starts acting out, since it worked so well with my 5-year-old? Absolutely not. It’s not that simple. My 3-year-old could care less about “stuff.” So, I’ll just have to cross that bridge should we ever get to it.
Every parent is different. Every child is different. As long as you’re not being one of those “uninvolved” parents I learned about some ten-plus years ago, I am not going to worry about labeling or judging your parenting style, at all. Promise. I trust that you are also doing the best you can, and anyway … I will be way too busy over here, doing the best I can, flying by the seat of my pants.