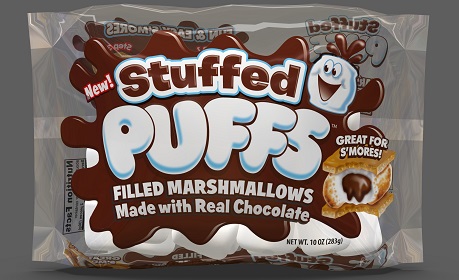 Just debuted at Walmart, Stuffed Puffs are a one-of-a-kind chocolate-filled marshmallow. The idea is to make your family camping outing a little less complicated. I fell in love with the idea of creating a simpler s’more, so the kids and I gave it a trial run.

We headed to our first mini camp outing at Winton Woods Campground. We brought a S’m 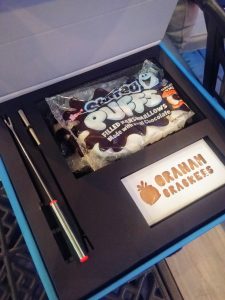 ore Kit that included these ooey-gooey treats, roasting sticks and graham crackers. My fire-making abilities needed some backup, so thanks to the the marshmallows, they came to the rescue and made our night complete. So you’re saying I only need the marshmallow and crackers? No extra messy chocolate needed? Count me in! 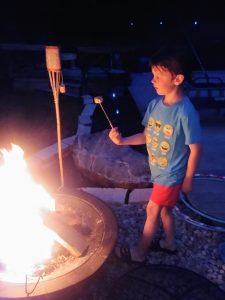 My 7-year-old was blown away, “Mommy, there’s chocolate inside?” Yes! No hoping our marshmallows are hot enough to melt the chocolate. These tasty puffs made with real chocolate helped this mama redeem herself after my fire struggle.

The idea evolved around a campfire; Michael Tierney, who graduated from the Culinary Institute of America in Hyde Park, NY in 2010, said creating something like this was tough to execute. It took him seven years to figure it out, and he finally created a candy that breaks the traditional candy-making rules. The American tradition now has an exciting twist!

You can grab a bag or two at Walmart to help complete your next campfire outing for $3.98. Get them while they’re hot! Soon, these may become more than a campfire tradition as they work to create more flavors.

Go to walmart.com to or amazon.com to order yours or get more information.