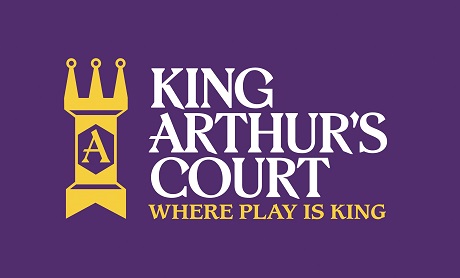 Manager and Head Buyer for King Arthur’s Court Toys, Brian Daly, says the toy store has been around since he was a little, and then the popular toy store moved to Hyde Park Plaza. King Arthur’s finally made it’s way to Madison Road, where they are now and have stayed for 35 happy years.

“I remember two different experiences of buying Legos, because that’s what I loved as a kid,” Daly says.”The biggest thing I remember was the experience of going in to buying toys. I came into King Arthur’s Court over in Hyde Park Plaza. I remember going through, and I had a certain amount of money to spend. And I could do two different selections, and because of the pricing, I had to make a choice,” he laughs.

“It was like a life-defining choice,” Daly continues. “I remember it seemed so intense, but it was a fantastic experience.”

Years later, he still holds onto that special moment. That’s the whole point, the experience and memories. In King Arthur’s Court Toys, you see an abundance of Legos, Playmobil items, Melissa and Doug toys and much more. Parents and grandparents bring the kiddos in and let them look, play and build memories.

Elyse Gallo, marketing and events coordinator at King Arthur’s, says even though online shopping is convenient and easy, many people still prefer to physically walk in and shop at the toy store.

“A lot of the people that come in, say how are glad they are that we do still exist; so they can come in and see it, and touch it and know what they’re buying,” she says. “A lot of grandparents especially like to come in and watch them play. Then they come back and grab the toys the kids actually played with.”

My eyes pop as I walk around and see the abundance of toys, wall-to-wall. My little boy shoots a Bros and Bows bow-and-arrow with ease. He fixes the rest of his attention onto the wooden Melissa and Doug train set and the rest is history. I’m not going to lie, I spent some time playing with the toy trains, too.

King Arthur’s Court also has Lego building times where children can build what they like and take it home with them. New this year is Cincy Santa who does Lego building with the kids, storytelling and photos! The next day for Storytelling with Santa is Friday, December 21 from 3:30 – 4:30 p.m. To learn more about Cincy Santa, go to cincysanta.com/Contents/StoryMagic.aspx.