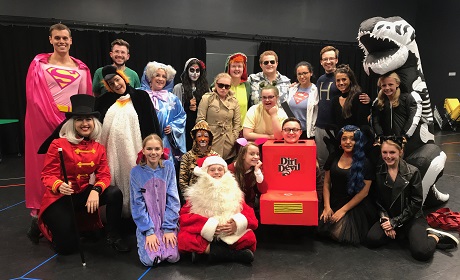 In a flash, 100 years can go by just like that. For the The Children’s Theatre of Cincinnati, the nation’s oldest professional theatre for young audiences, many good things have so far happened in their 100 years, which is why they are celebrating with their fans throughout the 2019/2020 season through powerful performances, new events and more.

This season’s performance theme, “The Power of Child,” represents four strong, powerful young characters that embed positive messages to all children – they have the power to make change no matter how big or small they are – within four favorite MainStage musicals. TCT began the season with their first performance, Casper: The Friendly Musical, which was a ghostly hit, allowing kids to dress in costume and express who they want to be, all while conveying the message: we shouldn’t judge someone by the way they look or fear someone just because they are different.

Producing Artistic Director at TCT, Roderick Justice, says his job is to make sure that a kids’ imagination stay engaged and vibrant through the power of theatre.

“My passion lies with preserving childhood imagination,” says Justice. “It’s so important not to judge the way we look – we shouldn’t fear someone just because they are different. It’s a lesson we all can learn.”

Justice emphasizes that we all have an inner child, and as parents, it’s important to engage in theatre with our children. It can simply begin during the car ride home by asking your kids questions such as, “What did you learn,” or “What did you enjoy the most?” However, we should also dig a little deeper when asking those questions.

TCT provides the platform the evening we leave the theatre production, and it’s up to us to ask those important theme and thought-provoking questions that go beyond the, “What do you think,” suggests Justice.

“It’s the job of the caregiver to continue that conversation to make sure they have a voice,” he continues, “and that that voice is relaying what they learned so they can, in turn, spread it out into the world.”

100th Year Lineup and Beyond

Next in this season’s lineup is A Charlie Brown Christmas, Annie Jr. and Roald Dahl’s Matilda: The Musical. Not to mention their first-ever – The Monster Bash FUNdraiser event.

Managing Director & CEO at TCT, Kim Kern, says she hopes The Monster Bash continues as an annual event for another 100 years.

“Halloween is the most theatrical of the holidays, yet it’s only one day of the year where all children are doing something theatrical, so we want to celebrate that,” says Kern. “For one night, they [children] are stepping into someone else’s shoes. Once they put on that superman costume, they become that character.”

One time to express their little selves, pretend play and be theatrical isn’t enough – so that’s why TCT is helping to ignite all children’s imaginations with opportunities to express themselves year-round through their classes, programs, camps and more. 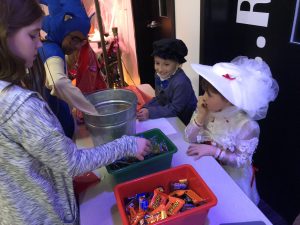 Other than fantastic musicals and a brand-new event, TCT is making sure this big moment is being celebrated in many more ways throughout the year.

“Most of our 100th year celebration moments are interwoven throughout the season,” says Kern. “Everything else is building celebratory moments in our already existing programming.”

It’s the little things that count – after a ravishing, moving performance, theatregoers can leave the shows with a smile while also looking forward to special treats such as ice cream, cupcakes and candy after the production.

One big event to look forward to, specifically celebrating their 100th year, is the Glass Slipper Gala in May 2020, with more details to come.

Yes, TCT is the oldest children’s theatre in the U.S., but it is also way more than that.

TCT Touring
If you can’t make it to the Taft, TCT Touring will come to you. They bring their performances to different schools, community centers and other venues, plus, they provide a series of productions at TCT’s Red Bank location.

Workshops
Under the umbrella of TCT on Tour, these workshops are about 45 minutes in length that focus on various social issues. About two teaching artists work with up to 30 children, the perfect number to keep it interactive. Their newest workshop is, “I am Strong,” with Beech Acres Parenting Center. In this particular workshop, they demonstrate the difference between an “upstander” and “bystander” in bullying, for example, plus they teach children how an assertive response is an important reaction to bullying.

“I feel like most bullying programs, in schools specifically, address how to not be bullied, or how to not be a bully; but nobody talks about what to do if you see it happening,” says Kern. “And that is what this particular program does.”

TCT Academy
Teaches the craft of TCT by practicing techniques, such as role-play, with classes beginning as early as 2 years old. These classes can be for those who are just experimenting and wanting to get an exposure to theatre; to those who want pre-professional training with their four-week intensive star program which selects 80 students out of an audition process where they train with a showcase and more.

“That’s where we see students who go on to TV, Broadway, film – those are the kids who want to make a career out of arts,” says Justice.

JumpStart Theatre
A way for TCT to put theatre back in the schools. Undeserved schools in Cincinnati can apply each year for this program, and TCT fully funds the program while training teachers with boot-camps on how they can successfully get the most out of theatre and put it back into their school.

Summer Stage
Yes, TCT puts professional actors on stage that present fantastic shows for kids, however, this particular program is meant to put the kids onto the stage. From stage management to performing; to helping out with stage design, anyone can participate and learn over a four-week period. In the end, families have the opportunity to come celebrate and see all that their little artist learned.

MainStage
Includes four productions, between eight and 10 performances for schools, with somewhere around 64 total performances specifically designed for the attention span of a child. Through TCT’s MainStage productions, children get to experience theatre for the first time.

Summer camps
For ages 6 – 14, includes week-long camps with various themes. Parents can also choose to have their child change multiple weeks consecutively without doubling up, and it includes before-and aftercare for working parents; from there, most kids over age 14 decide to move on to one of their Star programs.

Tickets start as low as $10, and to get the best bang for your buck, signing up for their Crown Club with exclusive benefits such as meet-and-greets with the characters, special treats, benefits and more, is the way to go. 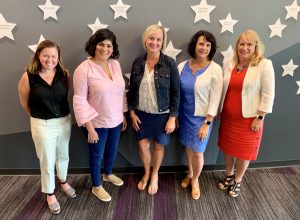 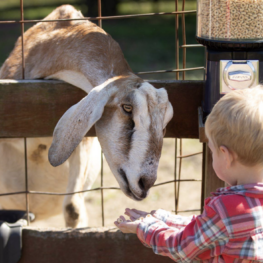