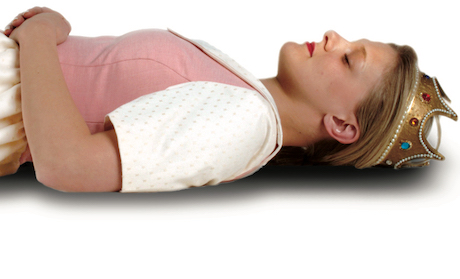 The Children’s Theatre of Cincinnati just announced their MainStage Series lineup for the 2018 – 2019 season, and it’s loaded with heroes, fairy tales, and more!

First up is Superman, coming Oct. 6 – 15.  Cheer on Superman as he attempts to defeat a vengeful scientist, the new villain Dr. Abner Sedgwick.

For the holidays, families will delight to Santa Claus: The Musical, coming Dec. 8 – 17.  Santa is ready to retire, but not all the elves are thrilled with his chosen replacement.

Beat the winter blues with Disney’s The Jungle Book KIDS, coming Feb. 16 – 25.  The classic tale features a host of colorful characters and favorite songs from the movie.

Lastly, Sleeping Beauty (pictured; photo by Phil Groshman) takes the stage April 27 – May 6 in a world-premiere commission by TCT.  This clever take turns the classic fairy tale into a rock musical comedy.

New subscriptions to the 2018 – 2019 Children’s Theatre of Cincinnati MainStage season at the Taft Theatre will be available in early June after existing subscription renewals are complete.  Subscriptions range form $23 to $103 for all four productions.  Single tickets go on sale Aug. 31.  For more info, call 513-569-8080, ext. 10 or visit thechildrenstheatre.com.