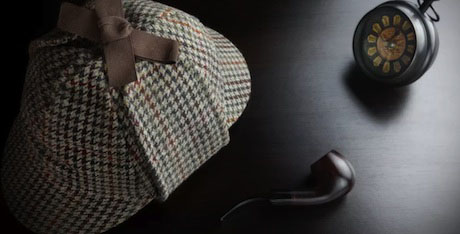 With a birthday to celebrate and no movies of interest, my mother, brother and I decided to try something different – Sherlock’s Escape Rooms in Florence.

Now, we’ve never done an escape room before. But we do love mysteries. So in spite of the fact that it was the most difficult room available, we threw caution to the wind and booked “The Assassin’s Code.” Our mission: Crack the code and prevent the president’s assassination (as well as our own).

After signing waivers and solving a puzzle in the lobby to get us in the mood, we were led to our room, full of safes, maps, and a tricky-looking maze of lasers. Our guide departed, the clock was set for one hour, and we were left to our own devices to start solving the puzzles. That meant we somehow bypassed the first puzzle and jumped right into deciphering Morse code, a foreign language, clues on a world map, and various other tasks, all of which kept our brains in full-on puzzle-solving mode.

Fortunately for us, the staff at Sherlock’s Escape Rooms really wants to see players escape. So they provide clues via a walkie-talkie and TV screen to help move things along. Unfortunately for us, and in spite of some pretty impressive gymnastics on the part of my mother who navigated the laser maze, we failed to escape in time. But we felt much better when we remembered that the record for our chosen room as 50-plus minutes set by “professional players.” We also agreed that even though we didn’t escape, it was a ton of fun and we would all go back and do it again – only next time, we’re picking a less difficult room!

Sherlock’s Escape Rooms offers a Jr. Sherlock room, designed for ages 7 – 12, and lasts 30 minutes. Kids play on their own (although their parents can watch on a mobile device), and are guided with clues from staff in the same manner as the grown-up rooms.

“Kids really enjoy being able to solve the puzzles and find the clues, and there are some cool things that happen in that room along the way,” says Marketing VP Jennifer Maki. She adds that since they encourage families to visit, kids are allowed in the more challenging rooms as well (ages 14 and younger must be accompanied by an adult).

Visit the web site for prices and to RSVP. Party packages are also available and include the party room for an hour, a t-shirt for the birthday child, and the escape room for six kids (larger groups can be accommodated).