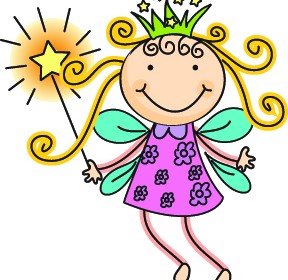 A sweet idea from a local mom who helped her daughter give up her beloved foofy.

You see them everywhere: toddlers cruising grocery store aisles with pacifiers in their mouths.  Those adored things are security blankets for children … and they’re great for infants and babies … but when a child develops a lengthier dependency on their “binky” “passy,” “foofy,” or whatever your family calls it, it can actually end up causing a speech delay. Is it time to help him break the habit? Murfreesboro mom Kiera Ashford (she’s one of our editors!) knows it’s easier said than done. She shares the technique she used with her daughter when it was time to give up the pacifier … and she says it worked like a dream. Kiera says if you DO try, be patient with your little one, and if you get a whole lot of pushback, stop, and wait another few days before trying again.

Say Hello to the Binky Fairy
When it comes to the world of magical characters, most of us are familiar with the Tooth Fairy, but when trying to wean a toddlers of his pacifier, call on the Binky Fairy (her credentials are similar to that of the Tooth Fairy’s).  She works evenings.  She remains unseen.  And most importantly, she doesn’t give without taking.

The Best of the Binky Fairy
Perhaps the first and best thing the Binky Fairy does for parents is save face.  In other words, if a child has a negative reaction to having her pacifier taken away (the expected reaction), she won’t harbor any bad feelings towards Mom and Dad.  Essentially, it’s the Binky Fairy, not the parents, who comes off as the “bad guy.” So use her.  Customize her.  Maker her a him.  Whatever the creation, when the time is right, there’s a fairy willing and ready to empower parents to help make that first step in pacifier weaning: making binky disappear.

5 Days or Less to Binky Freedom

Day 1 — Let your little one know the binky will be going away in a few days.

Day 2 — Begin by gently substituting a favorite toy in place of your child’s pacifier when he asks for it.

Day 3 — Try weaning your child down to use the pacifier only at bedtime – not nap time.

Day 4 — Tell your little one that other littler babies need pacifiers and, with your child, go on a hunt for a box that you can mail the pacifiers in … then encourage your child to enjoy one last night with the binky — a final farewell, if you will.

Day 5 — Package up the binkies in your box and address it to the Binky Fairy and together take it out to the mailbox … who knows? Maybe at night the Binky Fairy will offers a gift in return!