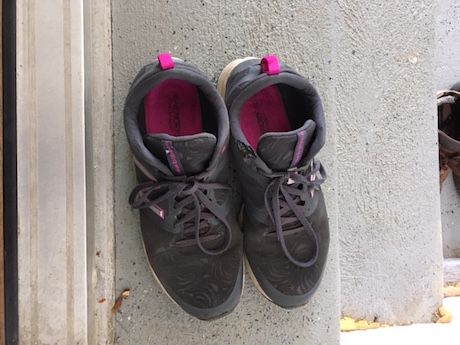 I am very grateful that my mom encouraged me to try out Cross Country in the eighth grade.  I was not the best athlete as basketball tryouts suggested, nor was I an actress as indicated when I was promoted to stage hand, which was a blast.  Nevertheless, I was going throughout that awkward middle school phase and my mom knew I needed something to build up my confidence. I gave it a shot and haven’t stopped running since! I was never the top runner but certainly had my share of good races where I placed and earned points for my team.  Those moments were important to me but really what keeps me going as a runner is the freedom it gives me. 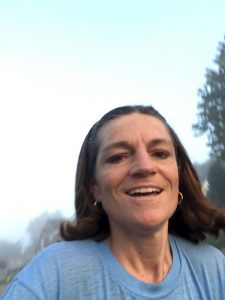 Running has helped me to deal with stress, either from school when I was a student or work when I taught High School.  Now as a mom, it helps me to take a break and decompress when feeling tired or frustrated with the parenting.  Like many things, running has looked different at different seasons.  Because I value running I have had to be creative and approach it different during this season as a mom.  There are different opinions about running through pregnancy, but I ran during the first two trimesters of both my pregnancies and for the most part had smooth pregnancies and felt great! I cannot just run whenever I feel like it but rather have to be strategic. If I want to run by myself that usually means getting up at 5:45! If I am too tired, I take the kids in the double jogging stroller. Can I just say I love my BOB stroller (and coffee!!) and it is one of the best purchases I have made as a mom.

The kids enjoy going for a run because they usually get a fun snack and like to look for seasonal decorations such as pumpkins or fall wreaths.  We also notice other garden ornaments that people put in their yards and talk about the change in weather. My daughter can identify Black Eyed Susans and certain birds.  She understands that the leaves change color and then take a rest in the fall and new ones come back in the Spring. My son has learned some animals and the sounds they make from our time in the stroller.  Although I often have to stop and pick up a book or toy that they dropped, it is so worth it! 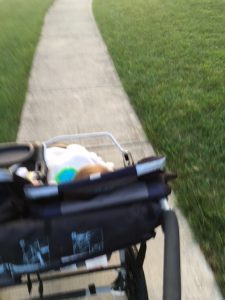 Not quite sure how it happened but I am going to run in the Queen Bee half-marathon this coming weekend.  The Queen Bee is one of Cincinnati’s races. People are more familiar with the Flying Pig Marathon because this is an all women’s race and it is only five years old.  It is a great race that runs through many scenic parts of the city, and is very well organized and promotes great causes that support women in the area.  Cincinnati is definitely a city for runners as this is one of the many races it hosts throughout the year.  I am getting pretty excited about the race but a little bit nervous to be truthful.

I have done my training and a lot of it behind my double stroller, which was hard, but doing so really has made me stronger.  I usually do my long runs on Saturday mornings with a great group of friends, but this time around several of my longer runs have fallen during the week where I had to take the kids. My nine miler was tough but well worth it.  I definitely had to stop to pick up Sippy cups and diffuse some fights but those conversations with my kids and the time we got to spend together is all worth it! I also learned about an upcoming Mattress Sale and the Fall Festival in our community while running around town!

Well, ready or not the race is this weekend and so hopefully my double stroller runs will pay off! Stay tuned for more posts about running as a mom and learn more about the Queen Bee and other Cincinnati runs at http://queenbeehalf.com/.