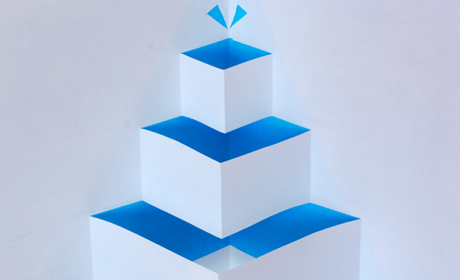 Here’s a fun Pop Up Christmas Card craft for kids that will help cut back on the cost of buying a specialty card at boutiques.