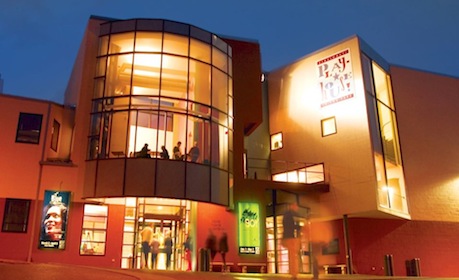 Cincinnati Playhouse in the Park recently announced its lineup for the 2017 – 2018 season that kicks off with the adaptation of the Oscar-winning film Shakespeare in Love.

Additional performances include the favorite adventure story Treasure Island, the regional premiere of The Curious Incident of the Dog in the Night-Time, the acclaimed musical Million Dollar Quartet, and the roof-raising gospel musical production of Marie and Rosetta.

Subscriptions are available now, ranging in price from $157 – $396 for the five-show Robert S. Marx Season or the five Thompson Shelterhouse shows, and $280 – $704 for the full ten-show combination series.  A student Build-Your-Own package allows full-time students to pick as few as four shows and as many as all 10 for just $15 per show. The Babysitter Rebate Series allows a couple purchasing two subscriptions in the Marx Theatre to attend any performance and receive up to $100 at the end of the season to help cover the cost of babysitters for children under the age of 12.