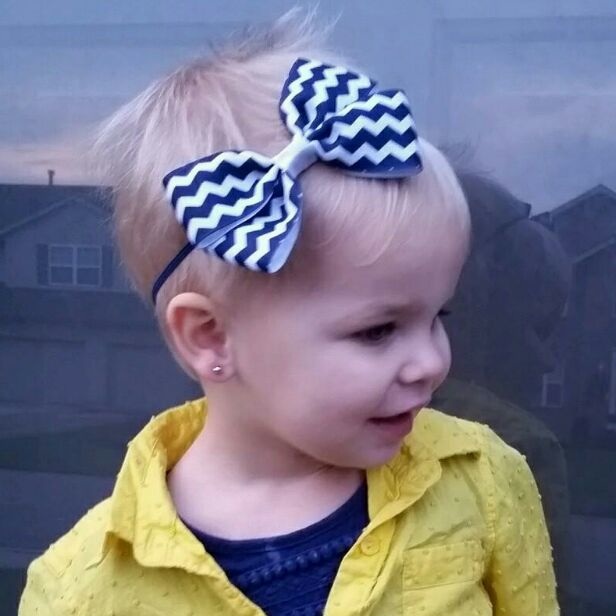 Prior to the birth of my daughter, I didn’t think once about when and where I would get her ears pierced. However, I knew we were going to pierce them at some point. For as long as I can remember I have had my ears pierced. I got my second set of piercings in middle school. Even my husband had his ears pierced. We didn’t put much thought into it. It was no big deal.

Then…my daughter was born. Suddenly I went from not thinking about piercing to perseverating on it. When is the best time to pierce? What is the best metal? Where is the best place to go? AHHHHHH! I was going crazy! I reached out to my friends on Facebook…that left me right back where I started. Half of my friends said they pierced as soon as they could without any complications and the other half said they waited until their children were older and asked for them or they had to be a certain age before getting them.

My husband and I had conversation after conversation about when we should do it. We still didn’t have an answer. I scheduled an appointment with our pediatrician to talk about it. Our pediatrician recommended waiting until she was at least 6 months old, but also encouraged us to talk to her ENT.

My daughter’s ENT recommended holding off until we could get her ears cleared up since she received 2 sets of tubes before her 2nd birthday. Given that her brother had ear infection after ear infection and she was on her 2nd set of tubes, we finally decided to wait until she was old enough to ask us for earrings.

That day came much earlier than we expected. At 27 months our little girl began pointing out everyone that had earrings. She was mentioning how pretty earrings were and asking for “earrings like mommy.” After over 2 weeks of asking for earrings, we decided it was time. 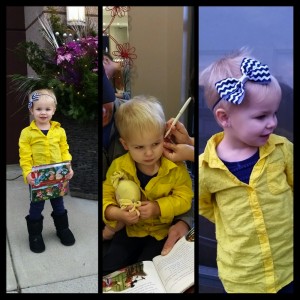 I reached out to friends again for recommendations on places to get her ears pierced. I received a lot of great recommendations for Yelton Jewelers in West Chester. After a fabulous conversation with Yelton’s, we decided to go through with it. Yelton’s put me at ease. They answered every question I had quickly and confidently.

She was so excited when we told her she was going to get earrings. She was old enough to tell us she wanted them, but young enough not to know the pain that would come with getting her ears pierced (aka not wiggling around in the chair nervous in anticipation!) Yelton’s made her feel special. They gave her the choice of what earrings she wanted while I filled out all of the paperwork. They spoke to her calmly and showed her the pretty marker on her ears. Then they pierced BOTH ears at the SAME time! She cried, but she quickly stopped as soon as they gave her a sucker.

She has been great! She hasn’t touched her earrings and she reminds us daily to clean her ears. She enjoys showing everyone her “new pretty earrings!” She has rocked them. At the end of the day I decided that there is no right or wrong time to pierce! Do what is best for you and your family!