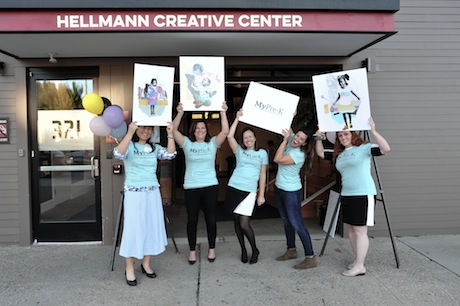 United Way Success By 6® and its early childhood partners recently launched MyPre-K, an early childhood public awareness campaign in Northern Kentucky. The purpose of the general campaign is to show the unlimited potential of young children and elevate Pre-K as the first educational step toward shaping our youth.

While United Way Success By 6® has had much success at the state level in determining what it means to be kindergarten ready and defining a quality rating and improvement system, they will begin to focus on increasing awareness and creating change at the grassroots level by engaging more parents and caregivers in the communities where they live. To accomplish this, Northern Kentucky early childhood partners and school districts have collaborated to implement the MyPre-K awareness campaign with a consistent message about the importance of learning experiences designed to increase community demand for high quality full-day preschool.

Over 30 partners representing teachers, pediatricians, school districts and early childhood partners in Northern Kentucky saw this as a huge need in the community and rallied together to create this campaign. Through discovery and research, the project team spoke with dozens Northern Kentucky families to uncover their motivations, values, and potential barriers to accessing quality early learning experiences. These discussions were then used to inform the campaign messaging and awareness efforts.

The official launch event for the campaign took place on Wednesday, October 18, at the Center for Great Neighborhoods in Covington. Nearly 100 community members were in attendance for the event, which included the launch of a parent portal, MyPre-K.com, where parents can access a variety of resources, including child care options in each school district and information on how to obtain financial assistance for child care.