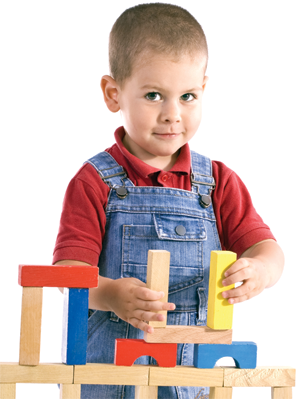 You’ve probably heard about “empty nest syndrome.” The youngest child goes off to college and the parents experience a wealth of emotions that accompany this lifestyle change. I didn’t expect, however, that I would experience similar emotions when my youngest left for kindergarten. I had been caught up in all the preparations – kindergarten registration, kindergarten orientation, kindergarten story hour at the school library, and the list goes on.

Naturally, I hardly noticed that the first day of school was imminently approaching. It may help to note that two years earlier when I put my son on the bus for the first time, my daughter cried for half an hour and, distracted by trying to console her, I never had the chance to focus on my own feelings.

This time around was quite different. When the bus pulled away, I was wracked with a keen sense of loss. What was I going to do all day? Of course, I had thousands of things to do; I just couldn’t find the energy to start doing them. I reflected on the gravity of my new position in life. Obviously, I was no longer a member of the “Preschool Mommy’s Club.” Showing up at the park without my daughter in hand would tend to raise a few eyebrows. I fretted over a litany of other things, too – my daughter’s ability to make new friends, eat in the cafeteria, find her cubby, find the bathroom. Oh for goodness sake, how was she going to get along without me?

It turns out that I wasted my entire day worrying about these things. In retrospect, I realize that my fear had nothing to do with her getting along without me; rather it was the other way around. At the time I wanted to believe that some external force was causing me this anxiety.

For instance, it could have been the shock caused by the new and improved “all-day kindergarten.” When your child only leaves for half of the day, it seems like an extension of preschool. But when your youngest leaves at 8:30 in the morning and doesn’t return until 4, it seems to be an eternity.

I began to think that this newfound trepidation had something to do with the choices I’d made. After all, I had been a stay-at-home mom for seven years. However, I quickly realized that this had nothing to do with it. I’ve since met many moms who work outside the home who experienced the same emotions as I did.

It simply doesn’t matter what your schedule is like before your child goes to school for the first time. Instead, it is the enormity of the step she is taking and the realization that your child is growing up and, in turn, slowly growing away from you that sparks these deep emotions.

The following year, it was my neighbor who fretted over sending her only child off to “big” school. We made a joint decision to get together for breakfast. She wanted a shoulder to lean on and I was more than willing to listen. I have to admit that it was comforting to know that I wasn’t the only one who worried over my child leaving for school for the first time.

Before the day arrived, two other moms heard about our plan and decided to join us. Our breakfast that morning served as a release. We talked, laughed and cried for two-and-a-half hours over omelettes and coffee. At the end of it all, we realized we only had a scant amount of time to run a few errands and get to the bus, so we went our separate ways.

Almost four years have passed since my daughter’s first day of elementary school, and I am glad to report that our “breakfast club” has grown. Some of us have offices at home, some are stay-at-home moms and some work full time outside the home. It doesn’t matter. What brings us together each “first day” of school is our bond as concerned moms and our willingness to celebrate and share a new chapter in our children’s lives.

Our group serves as a support system for those moms who drop off their youngest for the first time and a social club for the rest of us. In any case, it is in the sharing of this experience amongst friends that makes the journey that much easier.

Myrna Beth Haskell is a mother and freelance writer.