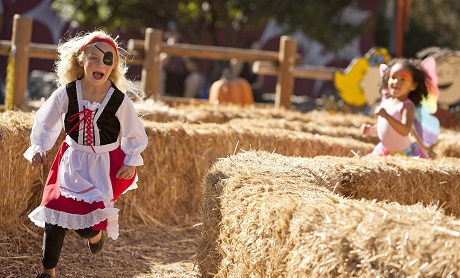 Kings Island is at it again with no tricks, just treats at The Great Pumpkin Fest. Trick-or-treating, dance parties with Snoopy and the gang, a talking pumpkin, kid’s mazes and games are just a few of the many festivities your family can enjoy. My little family ventured to Kings Island over the weekend, and we want to go back for more! The last weekend of The Great Pumpkin Fest is this Saturday and Sunday from 12  – 6 p.m. (keep in mind, Planet Snoopy closes at 5 p.m. Saturday to get ready for Halloween Haunt). 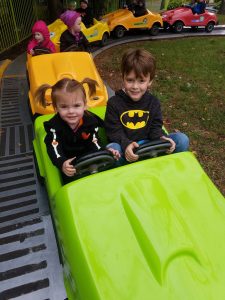 After running wild through Planet Snoopy, the kids ran over to the petting zoo before hitting up The Great Pumpkin Fest, set up at the Soak City grounds. They were entertained by the hungry goats, sheep and chickens. We grabbed a cup of food for $2 and gave them a quick snack. 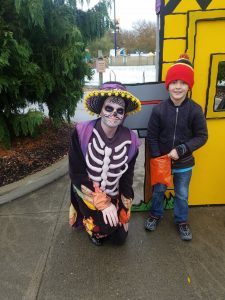 Walking into the The Great Pumpkin Fest, there was a costumed lady handing out maps. The maps lead us 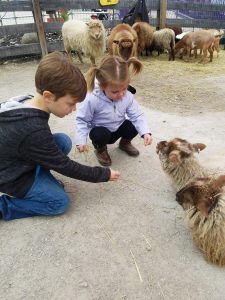 through the Halloween village, and the kids loved the trick-or-treat stations! Each station had a different Charlie Brown theme like Linus’ Foamtastic Labyrinth (loaded with tons of messy bubble fun), Woodstock’s Craft Station, The Great Talking Pumpkin, The Great Party Zone (groovin’ dance parties with Peanuts) and way more than that came from.

We stopped in front of the The Great Party Zone right in time as Charlie Brown and Lucy kicked off the dance party. The kids were immediately engaged as the characters chose a kid or two to fly off on a magic broom with them and form a choo-choo train in one giant circle.

As soon as the kids saw Linus’ Labyrinth, they didn’t want to leave. This station was FILLED with never-ending bubbles. When they were finished, I was a little worried on how we were going to clean off the pile of suds that covered their feet and hair. You know the saying, “Kids will be kids?” Sometimes you have to let it go and watch them have a ball. 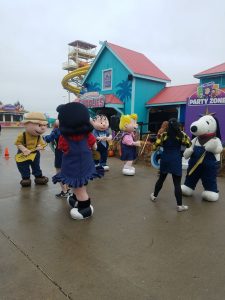 Finally we made it to the games, corn mazes and the Great Talking Pumpkin. My little boy had a giant grin on his face 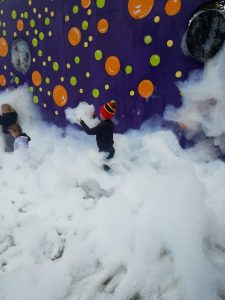 the remainder of the time as he carried the giant zombie he won in the graveyard toss game. The Great Talking Pumpkin put the icing on the cake, and we jumped on the train back to the park and counted our collection of candy and treats.

The Great Pumpkin Fest is worth every minute. It makes you feel like you aren’t even at Kings Island – just off somewhere visiting a fun Halloween fest. It’s a nice change for a few hours before you head back and enjoy some of the rides. 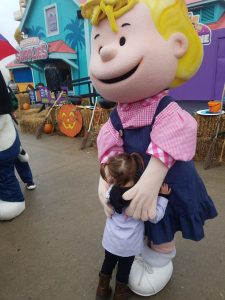 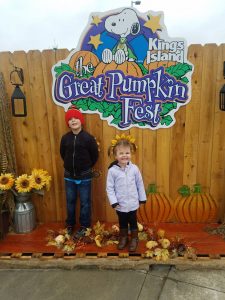 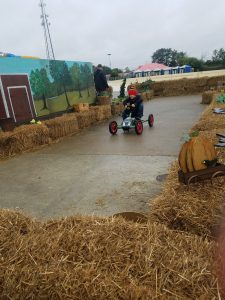 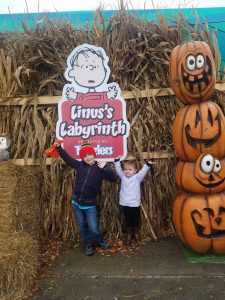