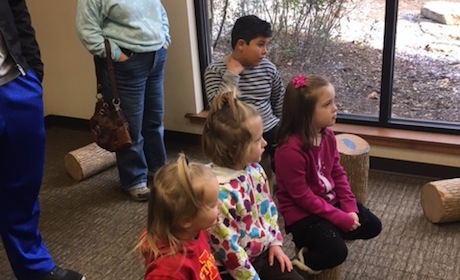 The Great Parks System (greatparks.org) is an amazing resource to have in the Tristate. Often playgrounds and hiking is what is most associated with these Hamilton County parks. Though I use the park system for these two activities, I have recently been very impressed with their educational programming.

Earlier this month, I attended two events with my children where they learned about owls and woolly mammoths. The first event was an animal encounter where a naturalist brought out a screech owl and shared some interesting facts. It was very interactive and kid friendly. It was like an open house where you could come in and out as you pleased during the hour. My kids learned what nocturnal means and that owls are very quiet with their wings when they hunt for their food. 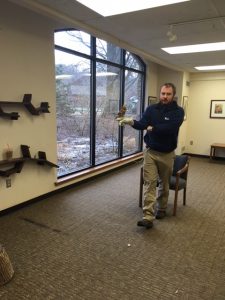 The second event we attended was a nature themed story time. The naturalist selected entertaining books about woolly mammoths. My daughter thought it was hilarious that a woolly mammoth wanted to go to the library and the book used humor to help kids learn some facts about this prehistoric animal. The naturalist also had some props, such as a model of a tooth and talked about what type of food they ate, and had all of the children march around the room like a woolly mammoth to the beat of a fun rhyme. Both of these events were educational, kid friendly, and just the right amount of time to keep the interest of my two toddlers.

These two events were held at the Sharon Center in Sharon Woods (11450 Lebanon Road), but events are held throughout all of the Great Parks! There is even a home school program. Some upcoming events to keep in mind include the Who’s Been Here event at Highfield Discovery Center (inside Glenwood Garden, 10397 Springfield Pike) the last two weeks of January, the Owl Jamboree at Woodland Mound on January 26 (8250 Old Kellogg Road), All About Animal Coverings at Miami Whitewater Forest (9001 Mt. Hope Road), another Nature Stories event at Sharon Woods on February 6, Growing Up a Farm Kid at Parky’s Farm on February 13 and 14 (10073 Daly Road), and so much more! Great Parks of Hamilton County offers programming for all ages and stages, so be sure to check out their offerings at greatparks.org.