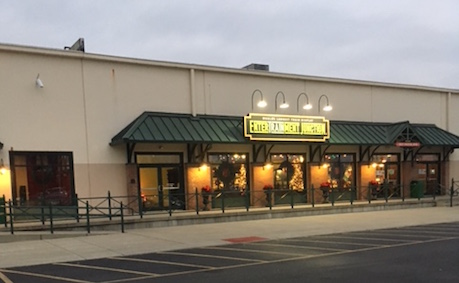 EnterTRAINment Junction has something for everyone! As soon as you walk in, your feel like you are in a train station the way the lobby is set up. Right when you walk in, there is a nice cafe on the left and the gift shop and ticket counter are to the right. Restrooms are towards the back of the building, but everything is very easy to find and conveniently located. There are different types of passes you can buy but the Everything Pass allows you to see all of the turn of America train stations, the play area, Santa and his workshop, and much more! 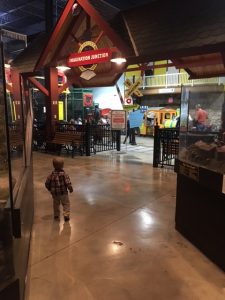 The train displays are fascinating as they show and explain the development of the railroad throughout the history of our nation. The train displays are very detailed with scenery that is almost life-like. The little placards explain what each scene represents too, including such scenes as the Civil War, coal towns, the boom of Chicago during the Industrial Era, and present day Washington D.C. There is also a scavenger hunt you can complete. The scenes have people, buildings, homes, vehicles, landscapes and are so detailed that they almost feel like you are there! The hard work of volunteers has definitely paid off! 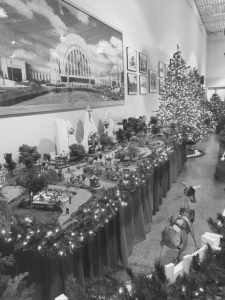 Once you pass through all of the train display you enter into the kids play area, which has a huge play structure with tunnels, slides, and passages to climb through as well train tables. My son loved the interactive train display that when you pushed a button an action such as a helicopter flying or someone painting a billboard would happen. There was also a life sized train that kids could climb through and even scoop coal into. My kids would have spent hours playing there but if we were going to see Santa we had to move on! An annual pass is a consideration as I saw how much fun they had.

There were more train displays on the other side of the kids’ train display that we looked at, as well a museum about the history of the railroads. The museum also had a movie and displays. I learned the difference between electric, steam, and diesel trains. There was also a viewing deck where you could look down at all of the displays and have a birds’ eye view. 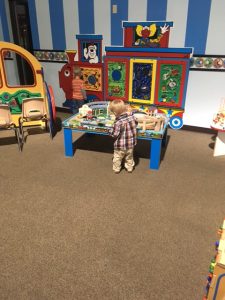 EnterTRAINment Junction is open year-round and Santa is just a bonus in December! After experiencing the displays and play areas we went to visit Santa. In my last post I commented on how my kids preferred to stand next to Santa rather than sit on his lap. Well the same thing happened this time! This Santa was very warm and inviting but there is just something about Santa that my young kids are not comfortable with yet. EnterTRAINment Junction had a very nice set up for Santa. First you walked through Santa’s workshop and then there was a waiting area with Mrs. Claus and elves. You could have a cookie until you were called back to the private picture taking area.

If short on time, don’t forget that there is a free train display in the back of the lobby that features a winter train display that is open to the general public. For more information on pricing and hours visit entertrainmentjunction.com whether it is for this holiday season or for any time during the year. You will definitely have a great time!