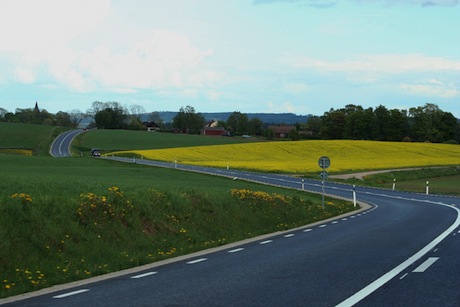 Florida or bust! We were optimistic that our early departure would give us a head start to our destination.  Also, that all of our stops would be short and sweet.  Furthermore, we planned to drive through the night and arrive to sunny Florida in order to get an extra day of vacation and save a pretty penny.  Were we ever wrong!  We did not factor in construction, rush hour, diaper blow outs, toddler melt downs, and slow service at a local restaurant.

That doesn’t mean that we had a bad trip but rather we had to quickly adjust our expectations. We left the house right on schedule, around 6 a.m., and by-passed the Cincinnati traffic and stopped to eat once we were outside of Louisville. My husband thought a Waffle House would be real quick. Although his assessment was correct, both of our kids had “potty issues” and that made our stop an hour-and-a-half. My almost-3-year-old daughter is potty training and she would not use the portable potty we brought and held it all day. My 1-year-old son had the first of several bowel moments that lasted throughout the duration of our drive. Lesson learned — do not feed your children grapes the day before you travel! Oops, my bad! At least Waffle House has good coffee(:

After that stop, we realized that things were going to take longer than expected and decided we were going to be OK with that. That allowed us to not get stressed when we stopped to eat or take a break at a rest stop. Also, we did not lose our cool when we sat in Atlanta rush hour traffic for an hour-and-a-half. It was also determined that stopping for the night would be in our best interest as the kids needed a break from being in the car and it was safer than trying to stay awake and drive through the night. We ended up paying more than we wanted for a hotel but that was to be expected since we had not made reservations and it is the peak travel season.

Several people have asked me how we keep our kids entertained. It would be easy to put in a movie or hand them a device but we choose not to do that in the car. I am not knocking that strategy or say I never use it, but we want our kids to learn to be content and entertain themselves in the car. I packed a bag with toys and books that they played with.  As well, we listened to music. We also just talked about what we saw around us and also had periods of silence. My husband and I also had adult conversation as we want our kids to learn not to interrupt. My husband likes to drive, so I was happy to let him do all of the driving while I read my magazine and slept! Overall it went well but by the end of the first day they were pretty restless. The youngest did that arch thing and fought us to get in the car seat. At dinner our oldest had an accident after not going to the bathroom all day. They were ready to have a break from the car, so a hotel was a good idea!

Had I known we were going to stop I would have packed an overnight bag that was just for the hotel. It was a pain to bring in the whole suitcase and all of the gear, but again, I learned. The baby slept in the Pack and Play but we knew our oldest would do better sharing a bed with us. Even though we had a king-sized bed, she somehow still took up most of the bed and so we did not sleep that great. Oh well, it was what the kids needed and that made for a good second leg of the trip. Another advantage of staying in a hotel was the breakfast. We did not have to make another stop or spend additional money.

All and all we had a great trip and the car ride was more or less smooth. We learned several things along the way like not having our child use the portable potty in the car (yuck, it spilled). The biggest lesson was to be flexible and creative while traveling with kids, and that makes for a more enjoyable trip for everyone!