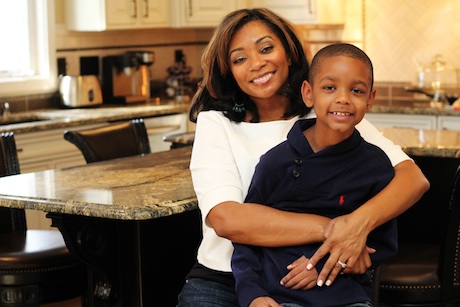 How can a mom, an 8-year-old, and paper towels impact the lives of children? They can create a life-changing solution focused book series.

When Kellen Montgomery told his mother, Dwylett, that he hated reading, she was stymied. Reading is a great love of hers and she understands reading’s intrinsic value. Dwylett immediately sought an innovative way to pique Kellen’s interest in reading. “Kellen was in third grade and it absolutely broke my heart to hear him say that he hated reading. I thought I had done a good job of explaining to my three boys why reading and writing are so critical. Obviously I failed Kellen,” she said.

Last April, Dwylett had a ‘light bulb’ moment. “Inspiration smacked me just minutes after I powered down my laptop. Desperate, I glanced around the kitchen seeking something to write on. A roll of Bounty paper towels came into view. I tore a sheet and began writing with a marker,” shares Dwylett.

When Kellen arrived from school, Dwylett was still writing on Bounty paper towels. Curious, Kellen questioned what she was doing. “I nervously shared my paper towels,” she said. It turns out that she had written an entire children’s story. Kellen became immersed in the characters, and began conversing with his mother like never before.

“He opened up and shared his ‘secret feelings.’ Just when I began to feel satisfied with a job well done, Kellen began to evaluate the story. He actually had gall to edit and critique me,” she said. “This little 8-year-old boy who told me that he hated reading and writing is now editing, critiquing, and asking me very poignant questions about the characters. He then grabbed a paper towel and began adding to the story. 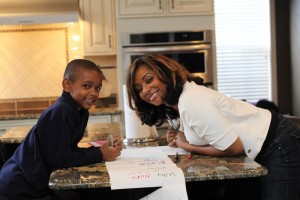 “Within minutes, Kellen and I had collaborated on two stories. Then Kellen looked at me and asked, ‘Mom, how can we use these stories to help other kids?’ He was excited, but I was stunned,” said Dwylett.

A Jealous Friend, NOT Invited, and The Happy Memory Tree are the first three stories penned by the writing duo. This collection of books provide real-life solutions for exclusion, jealousy, and grief. “Feedback confirms that this bundle of booksprovide a beautifully simple platform to stimulate conversation, insight and direction for little ones. Use of this series during the early childhood years can better equip young children with tools needed to handle those not so magical moments,” said Dwylett.

The series shines a spotlight on the realities that children may face. “Kellen and I created an advisory board of kids and parents from across the country to keep us honest in our approach. We don’t make things up but rather listen to them and work hard to understand their challenges and perspective. It’s very emotional for me to listen sometimes. I walk away feeling awed by their resiliency and eagerness to share personal stories to help other kids,” she said.

While reading has helped Kellen expand his vocabulary and outlook, it also helped him blossom as a student.

“He was always strong in math, but his language arts grade picked up dramatically. He took pride in coming home with that ‘A’ in language arts on his year end report card. A few months ago, he told me he no longer hates reading and writing,” she said. “Now, he just wants to read stories that are relevant.”

The mother-son duo are preparing to launch their books online and through Barnes & Noble in October 2015. The Montgomery’s were also tapped to create a pilot program for Endeavor Elementary (Lakota School System, West Chester Ohio). On October 29, the duo led a school-wide read-in to launch the series.  Barnes & Noble supported their efforts by ensuring that their Streets of West Chester store was stocked with copies of NOT Invited.

“Barnes & Noble works very closely with our local schools to ensure they have the books they need for their students throughout each school year whether they are well loved classics or an exciting new series, like Kids’ Reality Books®,” said Gail Allinsmith, Community Business Development Manager.

“Assisting Dwylett and Kellen with the launch of her new series at her son’s school, Endeavor Elementary, enables us to support a talented new author as we help one of our local schools. Certainly, a win-win for our community and Barnes & Noble,” she said.

Principal Joanna Sears shared that this is the first student/parent book launch at Endeavor during her administration. “I hope that the topics in these books generate discussions at school and /or home that ultimately help students learn and grow socially and emotionally, as well as become empathetic to others’ feelings,” Sears said.

She also hopes that the series will compel other students to write. “I believe that many of our Language Arts teachers will use this as a springboard to discuss careers in writing as well as generate interest in the creative writing process,” she said. 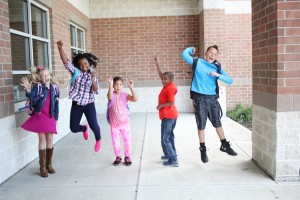 Dwylett said that the books are resonating with adults who are in the advisory group … which is another surprise. Assistant Principal Patricia Constable was the first at Endeavor to embrace the idea of the Kids’ Reality Books® series. “I immediately became emotional. The character development in NOT Invited is incredible. This real-life scenario encompasses all of the feelings that children feel when they are left out. The moral of the story is something everyone (not just children) can learn from and remember when they experience the feelings of not being invited,” she said.

Dwylett said, “Kids’ Reality Books® tackle the realities that our children encounter. Sometimes these are very difficult and painful situations. The unvarnished truth is that pets die, friends get jealous, bullies exist, families relocate, and loving parents sometimes have to miss their kids’ special events.”

Parents, Dwylett said, sometimes in their desire to protect, can neglect and may overlook reality.

She admits over the years, she and her husband downplayed serious illness, job loss, relocation and death. “When Kellen’s goldfish, Natalynn and Patrick, died, we made up a story about them needing to see the fish doctor who had the power to heal. I could not bear the thought of introducing death to my 5-year-old.”

Kellen loves having planning meetings with his principals, Joanna Sears and Patricia Constable. He is more focused and excited about the upcoming 2015-16 school year. “We are so lucky and proud to have Kellen at Endeavor Elementary and we look forward to him sharing his stories with us!” Constable said.

“After I read NOT Invited I immediately began thinking about all of the ways these stories could be used to encourage our youth, from our counselor using them in small groups with children, to classrooms using them in Character Education lessons, to myself reading them with my two year old. No matter what age, these books have valuable lessons for each reader to learn from and morals to pass along,” she said.

Kellen says it has been a fun experience. It’s not unusual to see him writing on scratch paper when an idea pops up. So far Kellen and Dwylett are developing thirty-two clearly defined issues which have been approved by the Kids Advisory Board.

The three book series is titled When Life Hurts. Book one, NOT Invited, is sold through Barnes & Noble (in-store and bn.com) and most other major online retailers. The second book, A Jealous Friend followed by The Happy Memory Tree are slated for a 2016 release. Additional information regarding the Kids’ Reality Books® series is available on kidsrealitybooks.com.