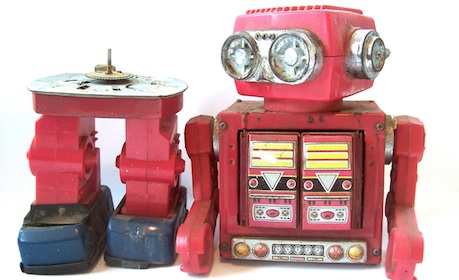 iSPACE will host a robotics competition of high school students that highlights high level skills in STEM (Science Technology, Engineering and Math).  Dubbed the FIRST Technology Challenge or Ohio FTC Championship, the event will occur on February 13 on the Scarlet Oaks Campus.

Teams of students have spent many months preparing for this “Sport for the Mind”, played in a tournament format with qualifying and elimination matches. Students received the challenge in September and have used creative engineering and problem-solving skills to design and construct robotic devices, that can be autonomously programmed, or operator controlled to perform various tasks. After qualifying in one of six regional tournaments in Ohio, teams are compete in the OH FTC Championship with the top six teams advancing to the FTC North Super-Regional Championships in Iowa City.

The 2015-2016 game, FIRST RES-QSM, is modeled after rescue situations faced by mountain explorers all over the globe. Played by two Alliances of two robots each, robots will score points by: “resetting” Rescue beacons; delivering Rescue Climbers to a shelter; parking on the mountain; and parking in the Rescue beacon repair zone or floor goal. Robots may also score points by retrieving debris from the playing field and placing them in mountain or floor goal.