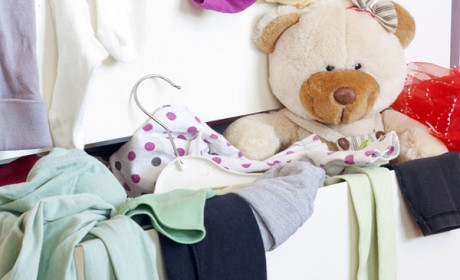 Messy, messy kids’ rooms and what to do to keep from going out of your mind!

Everything’s everywhere and by the way, if I step on those Legos one more time!

It’s time to get serious about keeping kid items in their places!

1) Starting with a budget of $5 per child week — or 20 minutes of time rather than money — tell the kids about what you want to do which is to:

2) Follow the example of the highway departments (which tag cars that have been left abandoned after 24 hours, and then impound them). Use brightly colored stickers to tag things that are out of place – if any family member sees another family member’s belongings out of place, they can “tag” too — if it’s still there 24 hours later, the person who abandoned it is charged 25 cents (or whatever price you set). The kids will love “telling” on you and others.

OTHER TECHNIQUES THAT WORK

Make it the policy that when you bring home one new toy, one old one goes out, suggests professional home organizers. Let your child choose the old toy that’s discarded, so he will be involved in the decision process. Then let him go to the thrift store or Goodwill to turn the toy in with you so he can experience the physical step of donating the item.

Consider lining kids’ rooms with a low-to-the-ground shelf. Store parts of one toy or similar toys in clear plastic storage bins, so that even if they are jumbled in the bin, pieces for the same toy or type of toy are together. Label the outside with a picture from the box the toy came in or let the child draw a picture to quickly identify what goes where.
Let them organize their own rooms. By saying, “Let’s find a system that is going to work for you,” you empower kids to be a part of the process and to take ownership of what they can do. Kids rooms are probably one of the most fun places to organize – but when they are old enough to do it themselves, never attempt it without their permission, input and most importantly their active participation.

• The magic of a toy bin or baskets in play areas

Keep a small toy bin or basket in each room where kids like to play with toys. At the end of a play session, be consistent about kids tossing toys in the bin or basket for a very quick cleanup. If you can see that there are more toys out than will fit in the basket, tell the kids that they need to put some away — on the shelf in their room

Teaching kids at the youngest possible age to maintain neat and orderly rooms and living areas lays the groundwork for many habits they will pick up in later years. Eventually you will no longer hear a small voice say, “Mom, where is my …” or “Do I have a clean uniform for the game?”

Source: Organizing from the Inside Out: the Foolproof System for Organizing Your Home, Your Office, and Your Life by Julie Morgenstern (Owl Books).