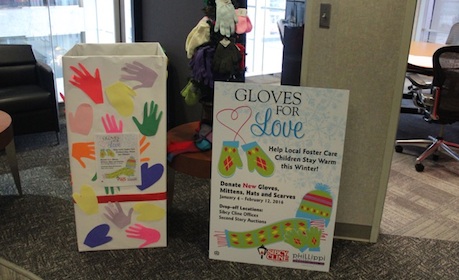 When Julie Whitney, owner of Phillippi-Whitney Communications LLC was watching ABC World News Tonight the evening of August 26, 2014, she saw a story that made a tremendous impact on her.  It was a feature about the foster children in Richmond, Virginia who had to carry all of their belongings in a black trash bag as they moved from home to home.  This story motivated her to organize a luggage drive called “Cases For Love” for the foster Children of Hamilton County last January. The campaign was more successful than she ever imagined. 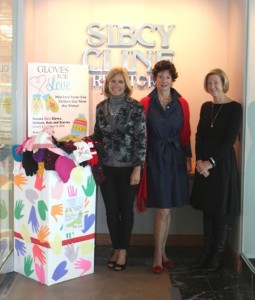 Says Whitney, “Cases For Love” was an extraordinary effort by all of the extremely passionate parties involved, and it is an understatement to say that it exceeded our expectations. Our initial goal was 1,200 suitcases, and we actually received close to 10,000, allowing us to not only serve the foster children of Hamilton County, but also those in Dayton, Northern Kentucky and Southeastern Indiana. This entire effort was made possible due to the generous support of Sibcy Cline, Hamilton County Job & Family Services, University Moving and Storage, the philanthropic minded and generous citizens of Greater Cincinnati, and the local media, who latched onto this story and never let go.” 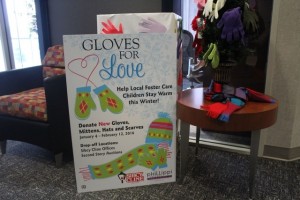 She adds, “Cases For Love” truly brought tears of joy to my eyes and warmed my heart in the coldest winter months, and I never wanted it to end. I still get phone calls and emails several times a month from kind hearted people wanting to know if they are able to donate suitcases.  Our campaign was so wildly successful that it even ended up making the national news headlines on CNN New Day!”

Says Pam Sibcy, Vice President of Marketing for Sibcy Cline, “We heard about the need for a drop-off location last year, and jumped on board from day one to help collect the suitcases in all of our 22 locations throughout Cincinnati, Dayton, Northern Kentucky and Southeast Indiana. But “Cases For Love” became much more than a suitcase collection to us.  Our offices became very passionate about the cause, and our 1,200 realtors started making their own fliers and personally collected suitcases from their clients citywide.  Our branch offices had meeting rooms literally filled to the ceilings!” 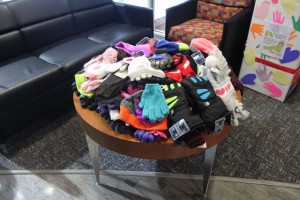 Adds Whitney, “This year promises to be even bigger and better as we collect new gloves, mittens, hats and scarves for the area’s foster children with our “Gloves For Love” campaign.  All items must have the price tags intact. There are some great deals out there and a lot of winter sales going on, so we believe that we can collect another 10,000 items to help spread the warmth and love to these children in the winter of 2016.”

Adds Moira Weir, director of Hamilton County Job and Family Services, “You can help keep the foster children of Greater Cincinnati, Northern Kentucky, Dayton and Southeastern Indiana warm during the coldest months of the year by providing them with new gloves, mittens, hats and scarves. All items will be put to good use by Hamilton County Job & Family Services and other partnering organizations serving our foster children, and will be dispersed on an ongoing basis as we receive them throughout the collection period.” 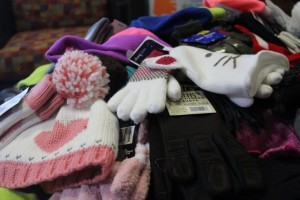 The “Gloves For Love” Drive kicks off Monday, January 4 and ends on February 13, in commemoration of Valentine’s Day – a day that celebrates love for others. Citizens throughout the Tri-state are invited to drop off new gloves, mittens, hats and scarves of all sizes to any of the 22 Sibcy Cline locations throughout Cincinnati, Northern Kentucky, Dayton and Southeastern Indiana during the hours of 9 a.m. – 5 p.m. Monday throughFriday during this 6-week time period.

For more information, visit the Facebook page at https://www.facebook.com/Gloves4Luv