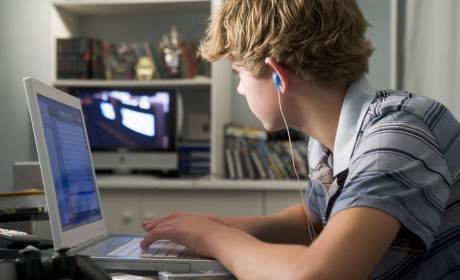 Experts around the world are now beginning to talk up limiting screen time for kids because of the threat of a sedentary lifestyle. Obesity in kids is by no means new and the amount of “screen” time kids have now is unprecedented and related to obesity, experts say. A 2011 study by the World Cancer Research Fund (WCRF) found that on average today’s kids are watching more than two-and-a-half hours of television a day and surfing the internet for nearly two hours daily.
Dr. Rachel Thompson, deputy head of the WCRF says this is leading kids to develop dangerous — even unhealthy — habits.
The question is, how much time do YOUR children spend in front of screens?
Moving forward in 2013, look for more and more experts to weigh-in on the subject, suggesting that kids need more physical activity and less immobile ones.

In relation to the American Academy of Pediatrics (AAP) recommends the following as related to screen time:

• The AAP realizes that media exposure is a reality for many families in today’s society. If parents choose to engage their young children with electronic media, they should have concrete strategies to manage it. Ideally, parents should review the content of what their child is watching and watch the program with their child.

• Parents are discouraged from placing a television set in their child’s bedroom.

• Parents need to realize that their own media use can have a negative effect on their children.

• Unstructured playtime is more valuable for the developing brain than any electronic media exposure. If a parent is not able to actively play with a child, that child should have solo playtime with an adult nearby. Even for infants as young as 4 months of age, solo play allows a child to think creatively, problem-solve, and accomplish tasks with minimal parent interaction. The parent can also learn something in the process of giving the child an opportunity to entertain himself or herself while remaining nearby. 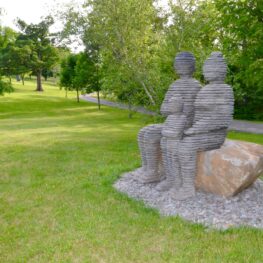