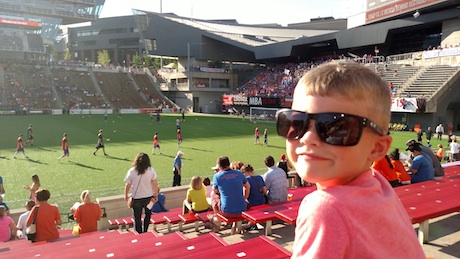 I recently took my son to a FC Cincinnati soccer game and we had a great time! My son has been playing soccer for the last two years and I have tried to teach him different aspects of the game. I played soccer all of my life and our enjoyment of playing sports is something that we share together. I wanted to show my son how soccer should be played and the abilities he should aspire to have. The FC Cincinnati game was a great opportunity to have some bonding time with him while also showing him some of the skills he can work on to get better. 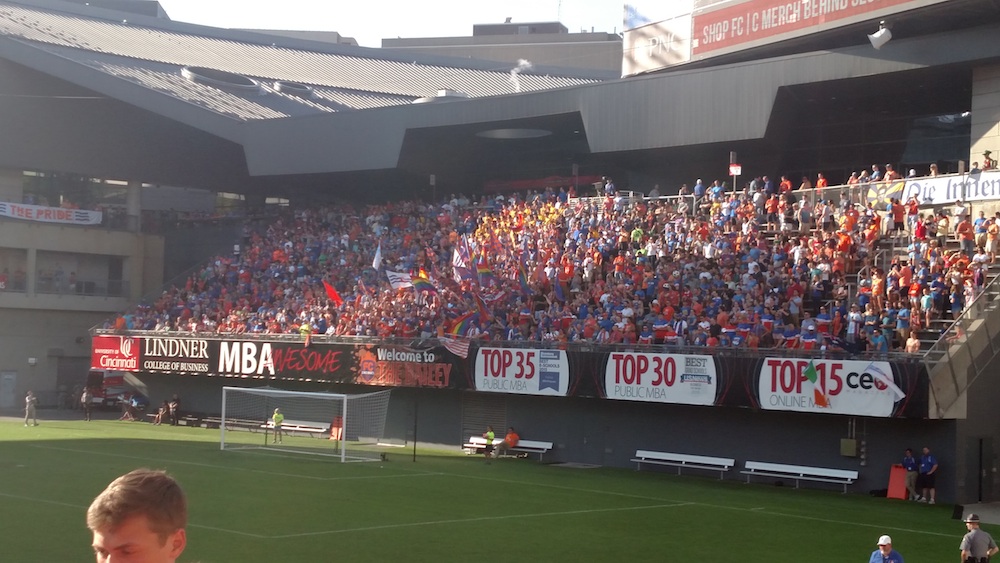 FC Cincinnati does a great job of making it a family-friendly atmosphere and I saw kids of all ages in the stands. They have the UDF Kids Zone that kids can enjoy before the game to kick some soccer balls and gain some FC Cincinnati spirit. This zone is outside of the stadium on the east side so make sure you go there first before entering the stadium. Some advice to parents with young kids, skip the Bailey section and enjoy from it a distance. The fans in the Bailey section are fantastic, they sing songs, wave flags and are the loudest section by far throughout the game. However, I don’t think my 5-year-old would have liked all the noise and standing the entire game so he could see.

Our game started at 7 p.m., if you go to a night game I suggest getting tickets on the west side to stay out of the sun. If that isn’t an option you should be ok around the 25 minute mark of the first half as the sun drops behind the stadium.

My son and I had a great time! I couldn’t believe that he kept asking to stay until the end of the game, he was having such a great time watching the action. If only I could get him to stay for an entire Michigan football game …

There’s still time to catch a few games in July!  Head to fccincinnati.com for a complete schedule.