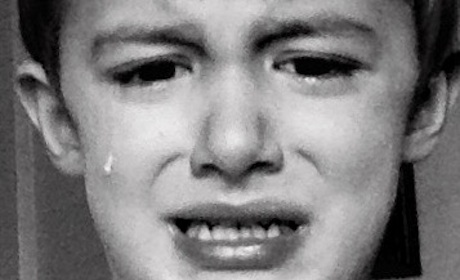 There are moments where I find parenting to be similar to a chess match. I have to predict my opponent’s, I mean child’s, next move. I think of my actions, my son’s reaction and all of the possible outcomes. If I say this, he will react like that. I never observed this part of parenting when I was a child, but I am willing to bet that my parents were experiencing similar inner dialogues about how to motivate me to do what I needed to.

These scenarios teach actions and consequence. I think it is important to make a child feel like they have some control of the choices they are making. Typically, I am OK with either of the choices I give as options, but it still gives a child a sense of power in their own lives. But sometimes that doesn’t always work! The waterworks flow freely, and you can tell they’re about to hyperventilate. Sometimes you need your child to do something right now, and a life lesson on making good choices just doesn’t cut it.

I remember one time my son had a 103.5 fever, and I was so desperate I offered toys and treats and money and tickets to see monster trucks. I threatened to take beloved toys away, cancel fun outings later in the month. Anything. I considered holding his nose and forcing him to take the medicine. BUT I knew that my action would hold a consequence — he would get so worked up that he would throw up all of the medicine I forced into him. He felt awful and was crying to the point he was about to throw up anyways. And then, it hit me! I remembered my son being so excited about playing Simon Says in preschool. “Simon says touch your toes, Simon Says shake your booty, Simon Says clap your hands” And finally … in an act of desperation … “Simon says take your medicine.” And just like that, the battle was over. The fever went down. I gave an exhaustive sigh of relief. I could only pray to the universe that his fever would break, or that this approach would work again in four to six hours.

In the chess match that is parenting, we try to guide our children to take good paths and make positive choices. And you know what makes things even more tricky? Playing multiple games at the same time! Every child is a unique player in this game that is life! Knowing our children’s likes and dislikes helps the process, but sometimes we have to get a little creative with how we motivate our kiddos.  AND also how we stay motivated as parents (nightly story time and cuddles always seem to wash away the difficulties of the day for me). Choose your battles, and try to enjoy the game.

Do you have any ongoing battles with your children? How do you stay a move ahead, and keep them motivated to do the right thing?