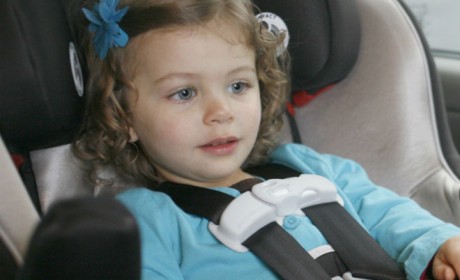 Just when you thought you’d earned your car seat installation badge, a new regulation has come into effect. This time the new guideline affects LATCH (Lower Anchors and Tethers for Children) anchors.

The National Highway Traffic Safety Administration has announced that, effective February 27, 2014 new car seats will require labels warning parents not to use the lower LATCH anchors once the child and their seat reach a combined weight of 65 pounds. (To put this into perspective, car seats vary from 9 to 36 pounds.)

LATCH, a lower clamping system introduced in 2002, takes the guesswork out of car seat installation by letting you clip the seat to anchors in the back seat. But, because car seats are heavier than they used to be when LATCH was first introduced and regulations have changed (meaning children are using their car seats for longer), now regulators are concerned that the potential excess weight could rip the lower anchors from the vehicle during a crash.

What you need to know
Don’t panic! This new guideline applies to heavier and older children exclusively. LATCH is still a perfectly safe way to secure your child’s seat in the vehicle, provided his or her weight combined with the car seat is 65 pounds or less. The warning also only applies to lower LATCH anchors. Top tethers should still be used.