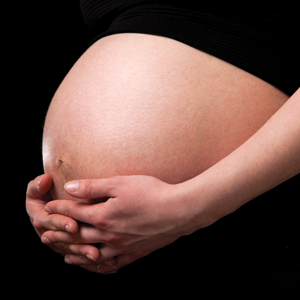 My experience isn’t unusual: 30 percent of all babies in the U.S. are delivered by C-section – the most ever, according to the National Center for Health Statistics.  What’s propelling the trend?  For one, fewer women who’ve already had a C-section are having vaginal births, known as VBAC (vaginal birth after cesarean delivery). Technology is also a factor.  With the advent of fetal heart rate monitoring during labor, obstetricians can see whether a baby is in distress. Doctors can also use ultrasound in the last weeks of pregnancy to predict whether a baby is too big to fit through Mom’s pelvis.  And while vaginal births were once the norm for breech babies, most doctors now think they’re too risky.  Whether you have a scheduled C-section or an emergency one, educating yourself will make the experience easier.

What are the most common reasons for C-sections?
Your doctor may schedule you for the surgery if you’re carrying multiples, or if your baby is breech, very large or has been diagnosed in utero with a birth defect or a placental abnormality.  C-sections are also preferred if you’ve had pregnancy complications such as severe preeclampsia or if you’ve had a previous C-section.  You might need to undergo an emergency C-section if, during labor, your baby shows signs of distress (such as elevated heart rate), your labor fails to progress or if you are running a fever.

Do C-sections pose major health risks?
It carries the same risks that are associated with any significant surgery: internal bleeding that may require a blood transfusion; surgical injuries to the bowel, bladder and other internal organs; blood clots; or uterine damage or infection.

Are C-sections safer for my baby than a vaginal birth?
“If there is real failure to progress with labor, or if the baby’s heart rate is a cause for concern, then it’s safer to have a C-section,” says Elena M. Kamel, M.D., an ob/gyn.  Still, there are certain risks.  “Babies who are born by C-section have a higher incidence of respiratory problems, possibly because they don’t pass through the birth canal, and so they miss out on the squeezing action that helps clear their lungs of amniotic fluid,” says Kamel.

Does the surgery or the recovery hurt?
Although you’re usually awake during a C-section, spinal anesthesia will ensure you’ll be completely numb and pain-free from the chest down.  Expect to be sore after surgery; you may be given an IV narcotic pain reliever for 24 hours.  You’ll likely be in the hospital for three days, and you’ll have to take it easy for several weeks while your incision heals.

Can I choose a C-section if I’m scared of labor?
Though more women are scheduling elective C-sections, experts advise against it if you’re doing it just to avoid the pain of labor.  “There should be a medical reason for a scheduled C-section,” says Adelaide Nardone, M.D., an ob/gyn.  “Choosing to have a C-section without justification is the wrong approach for women to take,” adds Kamel.  “A vaginal birth is safer for the mom and baby when possible, because there is a much faster recovery time, and it’s best to avoid major surgery.”
Is a C-section automatic if you’re having multiples?  It depends on how the babies are positioned in your uterus.  “If the first baby’s head is positioned down toward the vagina, you could try a vaginal delivery with twins or triplets,” says ob/gyn John Larsen, M.D.

Is vaginal birth after C-section (VBAC) safe?
The biggest danger doctors worry about during a VBAC is uterine rupture – a potentially life-threatening tear in the uterus.  A 2001 study found the risk of rupture during VBAC to be higher than previously thought, so fewer doctors are now performing VBACs.  If your doctor offers them, evaluate your risk factors before making a decision, Larsen urges.  Women who aren’t induced, have had only one C-section and are at least 18 months past their previous delivery have the lowest risk of rupture.  With a VBAC, there’s also a small chance (five to 10 babies per 10,000 each year) of brain damage or death to the baby.  The pros: “Besides a faster recovery time, VBAC is something to consider if you’re having your second child and want to have more,” Larsen says.  With multiple C-sections, surgery gets more difficult, and there’s an increased risk of chronic pelvic abdominal pain and numbness developing at the incision site.

What kind of recovery can I expect after a C-section?
A C-section requires a longer recovery time than a vaginal birth does.  Typically, you’re in the hospital for three days instead of two and then lying low, doing minimal activity for several weeks while your incision heals, although you needn’t be bedridden.  “Modern incisions are sewn up in such a way that there’s no danger that normal activity at home is going to pull them apart,” says Larsen.  You can walk up and down the stairs and clean the house (even vacuum if you like), but to minimize muscle soreness, “don’t lift and strain,” he advises.  At the six-week to two-month mark, you can go back to a work.  “By three months post-surgery, you should be good as new and you can resume more rigorous activities such as playing tennis,” he says.

Sandra Gordon is a writer and frequent contributor to our publications.