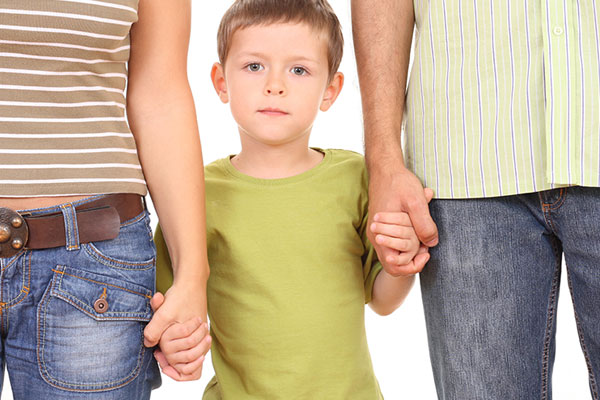 My 10-year-old son Joey woke in the morning with pain. He struggled to get out of bed but then fell to the ground. He found his balance but limped throughout the house. He started using crutches because of the excruciating pain in his right leg.

After a few weeks of what seemed like a pulled muscle, I took him to the pediatrician. The pain was worsening and spreading through the leg. The pediatrician ordered X-rays and blood work but it showed nothing. The doctor told me she didn’t see a need to do further testing. I called the nurse a few days later, when it was even worse, but was asked if I had considered he could be faking. I was appalled. Even if he was exaggerating, he was not faking. He limped all the time. He wouldn’t do any activity at all; he wouldn’t even walk to the neighborhood candy store. I decided to have him seen by a local orthopedic doctor who ended up refusing to order the MRI I asked for saying it was probably growing pains and that the test would be stressful. Growing pains? He couldn’t walk at all some days. I didn’t know what to do.

Speaking up to a doctor can be very intimidating. As parents, we expect the doctor to be the expert and aren’t always sure how to insist they follow our own instincts. We even begin to doubt our instincts when the professionals say everything is OK.

According to online resource Momtastic, when it comes to advocating for your child, you have to make sure your concerns are heard. Parents need to know the value of their own observations of their children. Be sure to look directly at the doctor and explain the change in behavior or health your child has exhibited. Be persistent, even if that means going to the doctor several times in a week or month. I actually called the doctor at least four or five times plus had a few visits before we got the referral we needed. Ask questions and do research. I researched every possible thing I could think of that would cause leg pain. I learned about ailments I had never heard of and made a point to ask the doctor if it could be any of those. It wasn’t.

“My son was swelling and he was using the restroom a lot,” says Carlotta Piastrelli of Fort Thomas. “We met with doctors who gave us the wrong diagnosis and medication that didn’t help, or even made things worse. I started doing my own research on the Internet. I found the right questions to ask and kept taking him in until they finally figured out what was wrong. I decided I wasn’t taking ‘he’ll be fine’ for an answer.”

Piastrelli’s son was eventually diagnosed with Nephritic Syndrome that could be treated with diet changes and medication but was very serious. “You have to ask a lot of questions and tell the doctor you know what your gut is telling you,” she says. “You are the one with your child each day and you see the changes in his health and behavior. Mom, or Dad, always knows best.”

“Input from caregivers is very important when evaluating children, as their condition can change very quickly, sometimes for the better, or for worse,” says Christopher A. Cunha, M.D. with Pediatric Associates. “Examination often strengthens the diagnosis, which often can be made by history in many cases. Taking a careful history can often save the child unnecessary and sometimes painful tests, blood draws, lumbar punctures, etc.”

Doctors are on Your Side

Medical professionals truly want to be helpful says Laura Parrott, a nurse at St. Elizabeth Hospital. They don’t want their patients to be in pain or go undiagnosed. They don’t want the patient or parents to be frustrated. “We are human, but try our best. Like everyone, we also have personal lives and bad days. Sometimes we need to do more research to find the answer. We do want our patients to be healthy. Don’t be intimidated; just speak up. Tell us everything you can think of that might help us help you.”

Doctors sometimes need to be reminded that they aren’t seeing everything in the few minutes they can spend with the patient and that blood work and X-rays don’t always show everything that could be going on. Parents also need to make sure they are giving the doctor every detail they can think of.

“I was not intimidated when it came to my daughter,” says Jayne Lemkuhl South of Southgate. “I spoke up and pushed for answers. And when we found out the real problem, the doctor thanked me.”

“Parents should always feel that they should be able to ask for clarification of an explanation given by a provider and should be honest with a provider when difficult issues arise,” says Cunha.

My son Joey was eventually referred to the orthopedic center at Cincinnati Children’s Hospital Medical Center (CCHMC). The doctor immediately knew it was more than growing pains and sent us for an MRI the next day. Within minutes of leaving the hospital, the doctor called me herself to explain that they did see something unusual in the MRI. At that point, she just thought that maybe it was an odd infection in the leg caused by another infection, like strep, going untreated. I remembered that Joey had an ear infection just a few weeks before all of this started and thought that was probably the answer. I figured he would need an antibiotic and things would be fine. A few days later a radiologist from CCHMC asked me to come in.

This is the point at which I learned that you should always take another adult with you if are receiving a diagnosis. Having two people there to listen is helpful since one of you might not understand something, or in my case, go completely numb. I also suggest taking notes.

Amy Lococo of Cincinnati agrees. “My son broke his collar bone. It seems like something that happens every day but this was my baby. I was very overwhelmed when the doctor explained the treatment and how he would have to be cared for at home. I had wished that my husband, who was out of town, had been there with me or that I had taken a friend.”

“Many problems can be prevented if the parent takes some notes of the explanation given or asks the provider to write things down for them,” says Cunha, adding that he has gotten into the habit of writing information for parents over the years.

The doctor explained to me that Joey had a rare “cancer-like” disease called Langerhan’s Cell Histiocytosis (LCH). Although LCH can be diagnosed in adults, it is usually diagnosed in children between the ages of 0 and 4. He explained that Joey being 10 and having a single cell system (only in his bone) was actually in our favor. Unfortunately though, Joey had to have a biopsy and bone graft of his hip. He was in a wheel chair for nearly three months, then a walker followed by crutches and a lot of physical therapy. He is now walking on his own and, honestly, most people would never know that he dealt with such an aggressive disease earlier this year.

Getting a second or third opinion is OK if you feel you need it for any reason. “When Kassidy was sick, we actually moved doctors twice to find one that we felt was on our side and ready to help us find answers,” says Kelli Peterson of Fort Thomas. “When you are seeing so many doctors and they are giving you all kinds of answers, sometimes you have to put things into perspective and go further. My gut told me there was more to the story and we were right. Don’t settle; get second and third opinions if you need to.”

Cunha agrees. “I think any reasonable provider should never try to block parents seeking second opinions, and sometimes a provider who is having many such opinions requested should be somewhat introspective and re-evaluate how they deliver information.”

Parents need to understand that doctors do make mistakes. However, they should point out their mistakes in a courteous but assertive way.  You and your pediatrician are a team united in the care of your children.  Good communication is necessary as your family moves forward.

I did call the pediatricians’ office that at one point had said my son may be faking or just had growing pains. I explained what had happened. They were very concerned and have since taken the time to learn about LCH, which only impacts about five in 1 million people. It is important that they understand LCH since it can reactivate at any point in my son’s life and attack any part of his body — skin, bone or organs.

Luckily, my son will most likely be OK. But it was a long road to the answers. I will be a better advocate for my children in the future if ever needed. Through it all, I have learned that to be an effective advocate for your children, you must ask questions, research the child’s symptoms, take notes, find support from others, be persistent, and be assertive. Don’t be afraid — you CAN do what’s necessary for your child.

Gina Holt is a local writer and mother of two.
To read more about Joey’s story, check out Gina’s blog at raising2tweens. 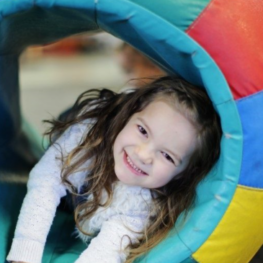 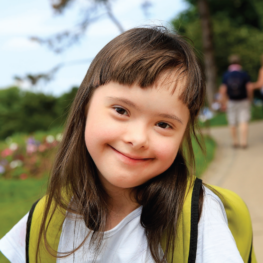 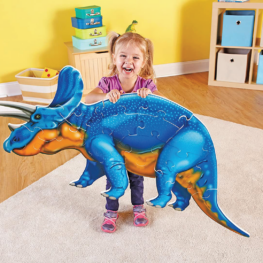