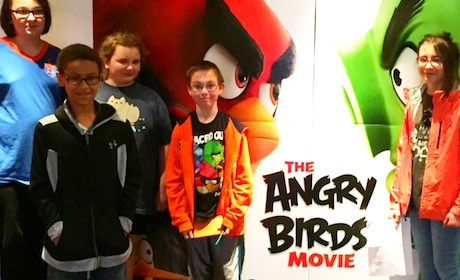 In the case of “The Angry Birds Movie,” I came to the material with absolutely no knowledge or experience with the game that serves as inspiration for this feature film adaptation. Fortunately, this time around, thanks to Happen’s Kid Critics, I don’t have to be the all-knowing expert. For a pre-summer treat, the Happen Kid Critics dive into the story of Red (voiced by Jason Sudeikis), a member of a flightless flock of birds inhabiting an island paradise. Alone and left to their own devices, the birds are a happy and carefree lot, for the most part. As one of a small collection of the grounded bird crew with anger management issues, Red must attend classes to curb his rage, where he hooks up with Bomb (Danny McBride) who quite literally explodes in moments of frustration, Chuck (Josh Gad), a quicksilver prankster more so than a truly fiery type, and Terence (Sean Penn), a seething behemoth. All seems peaceful until a ship of piggies invades their island and the birds must find a way to fight for their happy place. – TT Stern-Enzi

Each month, Happen’s Kid Film Critics received their own official Happen film critic packet and a press badge.  TT Stern-Enzi, Cincinnati film critic, provided insight about the film and guided the children as they wrote this month’s film reviews.  Read the reviews below, and be sure to go see The Angry Birds Movie in theaters now.

The Angry Bird movie was compelling for me. These birds as you know Red,Chuck, and Bomb, oh and terence are in this anger management class. Then the pigs come and the team of angry birds and try and save their village. When they find the eagle he is a slump, so it’s up to them. The story is really interesting. 3 ½ stars – Cole

This movie had a good chorus of music.  There was an inappropriate subject for really young children.  It had some funny moments.  I rate it 3.5 out of 5 stars. –  Max

The Angry Birds movie was adapted well from a game to a movie.  I think kids and adults will enjoy some good laughs while watching.  I like how it had jokes that adults will understand so they don’t get bored.  It was also very cute with bright colors for younger kids to enjoy.  I give this movie a 4 out of 5 stars. – Noah

The Angry Birds Movie strives to be something better but ultimately falls short. There is no real chemistry between the actors and we never feel a connection with Red (the main character)-instead he’s just a jerk we’re supposed to feel sympathetic towards. It could be a story about acceptance but the premises are unbelievable (Red is an outcast because of his thick eyebrows), and the storyline eventually succumbs to a series of cliches. I give the film points for trying though because it’s kind of difficult to create a watchable movie about birds that throw themselves at evil pigs using a slingshot. Stars: 2.5 – Eliza 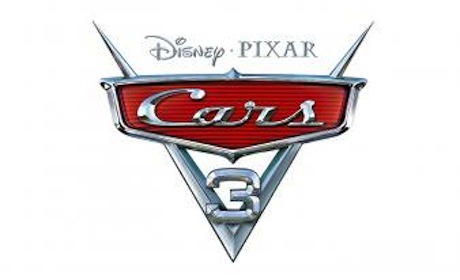 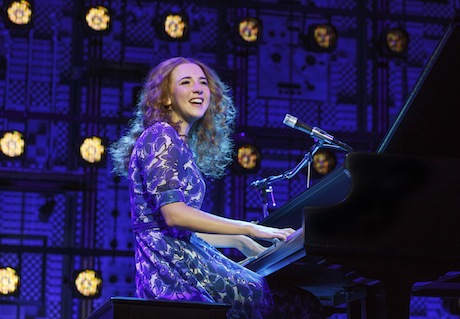