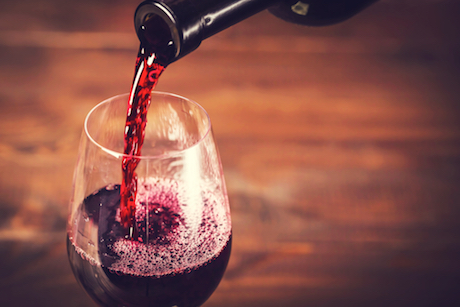 Moms-to-be are always advised to avoid certain foods and drink while expecting, but alcohol has long reigned as the big no-no — even for those who are trying to get pregnant. That rule is especially important in consideration of a recent study published in the Journal of the American Medical Association. According to the study, one in 20 U.S. children suffer from a fetal alcohol spectrum disorder (FASD). That’s up from a previously held statistic of one in 100 children. This is a sobering rise, and one that should lead expectant moms to look at wine consumption a bit more seriously.

Continued study has shown that what was formerly known as Fetal Alcohol Syndrome (FAS) is actually a spectrum of disorders now described as Fetal Alcohol Spectrum Disorder, according to Julia H. Lee, M.D., F.A.C.O.G., of Obstetrics & Gynecology Associates, Inc., in Fairfield.

“FASD is a wide range of physical, psychiatric and learning problems associated with drinking alcohol either around the time a woman becomes pregnant and/or during her pregnancy,” she says.

WHAT ARE THE EFFECTS OF FASD?

Lee says the three classic physical features of FASD include small eyes, a smooth flirt (the normally ridged area between the nose and the mouth), and a thin upper lip. She adds, “Small head, other facial abnormalities, eye and ear problems, heart problems, and kidney problems are also part of the disorder.”

A child with FASD is at increased risk of mental health issues, according to Lee, including anxiety, depression, ADHD, and poor impulse control.

“There are also increased substance abuse and suicide rates in these patients,” Lee says. Learning disabilities are also on the list, as children with FASD can struggle with problem solving and complex reasoning. “They have difficulties processing information and putting together facts to form a plan,” says Lee.

HOW MUCH IS BAD?

So will a glass of wine have an effect on your growing baby? How about just a sip of champagne? It’s hard to say for sure.

“Because it is difficult to study,   there is no established minimum safe level of alcohol in pregnancy or pre-pregnancy,” says Lee. This is why expecting moms and women trying to conceive should be especially diligent.

“As a practical manner, babies born with FASD tend to be born to mothers who drink regularly and to excess,” says Lee. “Alcohol is a teratogen which means it causes birth defects. The effect appears to be related to the level of alcohol in the mother’s blood and the duration of the baby’s exposure.” Lee says that she doesn’t feel the occasional sip of wine puts a woman at high risk of having a baby with FASD.

WHAT IF YOU DIDN’T KNOW?

Nearly half of babies are unplanned, according to the Centers for Disease Control, which can put a newly pregnant mom in a state of terror if she’s been consuming a glass of wine on a regular basis. The best thing to do is share your concerns with your OB/GYN and most importantly, cut out alcohol.

“In the event a woman has been drinking alcohol and discovers she is pregnant, the best thing to do is to stop drinking and start prenatal vitamins,” says Lee. “These vitamins contain folate which is felt to have a beneficial effect on the developing central nervous system. By minimizing your baby’s exposure to alcohol, you minimize his risk of developing FASD.” 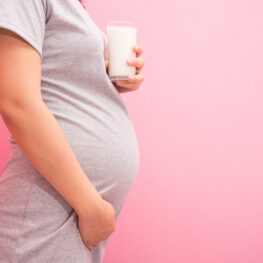 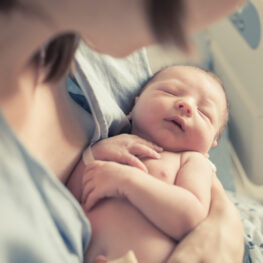 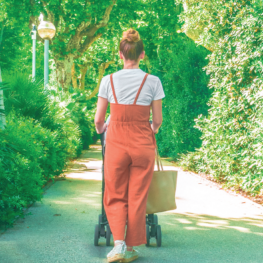 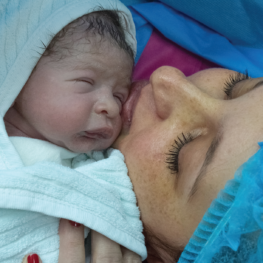