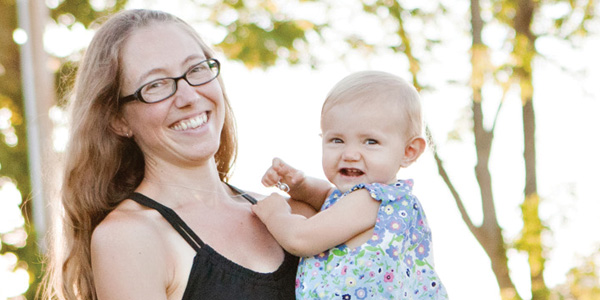 Researchers from Pennsylvania State University served 17 preschoolers six different variations of the same lunch, one day each week. The meals had anywhere from less than half a cup to more than a cup and a half of macaroni and cheese, the main dish.

The mac and cheese was served along with green beans and unsweetened applesauce, plus a whole grain roll and milk. Researchers found that the bigger the serving of mac and cheese, the less the children ate of the green beans and applesauce. When served a smaller portion of mac and cheese, the kids ate almost half of their healthy side dishes, compared to only a quarter when they were served the biggest mac and cheese portion. As reported in the American Journal of Clinical Nutrition, the lead researcher says parents tend to over pack their children’s lunches over fear that they’ll go hungry, but this is rarely the case. Try packing a half sandwich with carrot sticks and a banana, for example, and those items just may get eaten rather than tossed into the trash.

With that in mind, Elizabeth Blessing, founder of the local home delivery service, Green B.E.A.N. says picking fresh veggies and storing them properly is key to making them appealing to kids.
Blessing says springtime favorites include asparagus, snap and snow peas, lettuces, onions and strawberries. Buying local or U.S. grown produce helps you to know if it’s in season. In the summer and fall, if you are buying from farmer’s markets, you will be buying peak quality produce. Most produce needs to be firm to the touch and absent of soft spots, says Blessing.

But Fruit and Veggies Go Bad so Fast!
Not necessarily, says Blessing. Most fruit can be stored on the counter top. The exceptions are berries. If you store fruit in the refrigerator, she says, it will help extend the shelf life. If you want to speed up the ripening process, store in a brown bag on the counter. Never store tomatoes in the refrigerator, Blessing advises, as it changes the texture of your tomato and makes it mealy. Always store lettuces and greens in a loose fitting plastic bag in the refrigerator. Potatoes can be stored on the counter, but Blessing prefers to store them in the refrigerator in a brown bag. Always store mushrooms in a brown bag in the refrigerator since they contain a lot of moisture and keeping them in a plastic bag will cause them to go bad quickly. Fruits and vegetables can be frozen, but most of the time, they will need to be incorporated into a cooked dish. They won’t thaw out and have their fresh physical qualities, although their nutrient content is preserved. Blessing says not to keep anything frozen longer than nine months to one year.

For kid-friendly recipes from Blessing, including fruit parfaits and grilled pizza with asparagus and sun-dried tomatoes, visit greenbeandelivery.com.