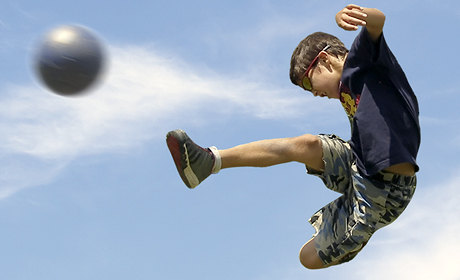 A Game of Risk: How to Keep Kids Safe on the Playing Fields

If your child is an athlete, you’ve probably wrapped a few sprained ankles, iced some strained muscles or even signed a cast covering a broken bone. Youth sports injuries happen; it’s part of the game. But many parents aren’t aware that young athletes are at risk of more serious injuries: three that in extremely rare cases can lead to death. Use this guide to help you understand concussions, eating disorders, knee injuries and the overuse of muscle creams so you can help keep your athlete in the game — safely.

“She got her bell rung.” “Boy, that was a de-cleater.” Ever heard these phrases in reference to your child after a collision on the field or court? If so, there’s a good chance your player suffered a concussion.

The Centers for Disease Control and Prevention estimates about 300,000 athletes each year suffer a concussion. But that number may be even higher, says John Brannan, M.D., of Beacon Orthopaedics & Sports Medicine.

“I’ve heard higher stats than that,” he says, explaining that it all has to do with how the numbers are collected. Players who go to their doctors or are treated on the sidelines by a physician or trainer may go unreported.

According to Brannan, the true definition of a concussion involves an “immediate change in mental status as a result of trauma.” A concussion doesn’t always result from a blow to the head, either, but can arise from an injury to the neck that jostles the head, such as whiplash. The obvious signs of a concussion include headache, sensitivity to light and sound, nausea and dizziness. A player doesn’t have to be knocked out cold, Brannan notes, and adds that vomiting is not that common, either. Other symptoms include disturbances in concentration, mood and sleep.

The good news is that the past five to 10 years of awareness campaigns have had an effect. “I think we’ve done a good job of getting it out there,” says Brannan. “Coaches and parents aren’t letting kids play with a head injury.” Concussions are also the focus of much research, according to Brannan, including studying the connection between mild traumatic brain injury and other issues, like depression and Chronic Traumatic Encephalopathy, or CTE. But he advises that the research is still unsettled and there’s much left unknown.

Although concussions can’t always be prevented, players can do things to lessen their chances:

If you think a player has suffered a concussion, remember this: When in doubt, sit them out — until symptoms subside.

Healthy nutrition is an important part of athletic performance. However, some athletes cast aside the importance of healthy eating in favor of thinner bodies, faster times or increased muscle. They face a different danger: eating disorders.

According to a 1992 American College of Sports Medicine (ACSM) study, 62 percent of female gymnasts, figure skaters and ballerinas had eating issues. Another study found that one-third of all female college athletes exhibited disordered eating.

“Some sports lend themselves to unhealthy eating,” says Jon Divine, M.D., UC Health Orthopaedic Surgeon, Department of Sports Medicine, adding that this is especially true when appearance or weight is a part of the sport, as it is in activities like figure skating or wrestling.

Divine suggests parents keep an eye out for these warning signs:

For males, Divine says signs may be a little less hidden — they simply stop eating or try to sweat excessively to attain a lower weight class in wrestling or boxing.

If your child exhibits any of these symptoms, set up a consultation with a dietitian or physician. And be sure to make healthy foods available, and model healthy eating behaviors yourself.

Most female athletes probably don’t think much about their knees, but basketball, soccer and volleyball players should pay special attention to this joint. Divine says participants in these three sports are at higher risk of tearing their anterior cruciate ligament, or the ACL. Located inside the knee, the ACL connects the thighbone to the shinbone and stabilizes the joint.

Divine says there are several theories for why girls are at higher risk and the most popular is biomechanical: It involves the way female athletes activate their leg muscles when they land after a jump.

“One foot may hit the ground faster than the other,” Divine explains. He adds that girls often have less hip and core strength as well, which can put more load on the landing leg.

According to the AAOS, females don’t bend their knees as much when landing and they stay in a more erect position when cutting. “Learning to crouch and bend at the knees and hips could reduce stress on the ACL,” the group’s website says.

Divine says there are lots of training programs that give feedback to the athlete on how they land, teach athletes how to use their legs as hinges rather than shock absorbers, and promote strength training. These may reduce the risk of ACL injuries.

Treatment of a torn ACL requires surgery that can sideline a player for three to four months. But the injury doesn’t heal by itself, Divine says. You can learn to live without an ACL, but you wouldn’t be able to play sports.

Don’t rub it in

When athletes’ muscles ache after a long practice or tough game, many reach for the Icy Hot or Bengay. But that may not be the wisest choice.

Although rare, excessive use can cause death: Arielle Newman, a 17-year-old New York high school track star, died after her body absorbed excessive levels of methyl salicylate, the active ingredient in muscle creams. Like any medicinal product, overuse can cause serious trouble.

“Ice is always a good remedy,” says Divine, adding that it really depends on the injury as well as getting a correct diagnosis from an expert. He explains that soreness will often go away after two to three days, and that it’s OK to use an OTC medication like Ibuprofen. “Just follow directions,” he advises.

Stay in the game

Research shows that sports help kids develop fitness, camaraderie with teammates and healthy habits that last a lifetime. As long as you make sure your kids are well prepared to play and you keep a close eye on any injuries, these benefits far outweigh the risks. 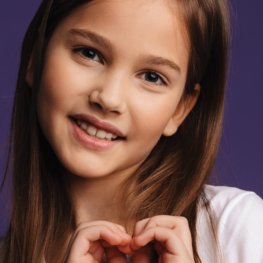 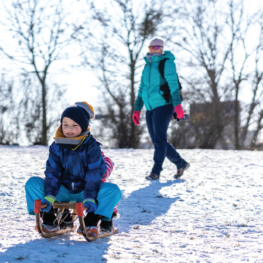 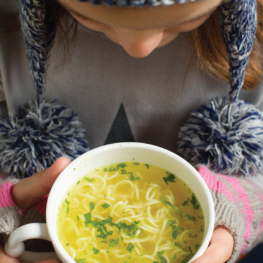