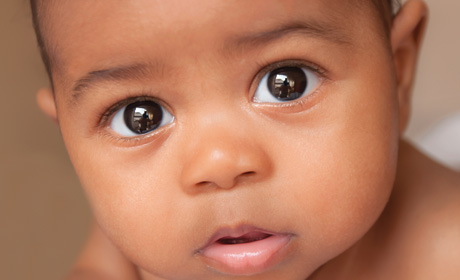 Colds and flu abound this time of year; we’re all used to carrying extra packets of tissues and bottles of hand sanitizers. But some infections can easily become worse, especially in infants with weak immune systems. We asked Dr. Brian Walters of St. Elizabeth Physicians’ Union Mt. Zion Family Medicine about the common virus known as RSV.

BW: RSV stands for Respiratory Syncytial Virus. This is a virus that infects the lungs and breathing passages of patients. This virus causes up to 125,000 children to be hospitalized in the United States annually, generally late fall to early spring. It is a very common infection — in fact most children have been infected with the virus by the time they reach age 2. It spreads through coughing and sneezing or by direct contact from a contaminated object or infected individual. Recovery for healthy individuals is on average seven to ten days, and infants are most contagious in the first three to eight days according to the CDC.

CF: What are the symptoms of RSV?

BW: In adults and older healthy children, this infection will have symptoms very similar to the common cold, which is also a viral condition. Most commonly, symptoms may include cough, sneezing, sore throat, runny nose, fever and decreased appetite. In infants, wheezing, labored breathing and irritability are possible.

CF: It seems that infants are at increased risk for serious illness with a RSV infection, why is that?

BW: Infants younger than 6 months of age or younger children who were born prematurely or who have underlying heart or lung disease are at increased risk of severe illness. These individuals can have immune systems that are not as strong as other children, potentially making the infection more serious. In addition, the virus can lead to lower respiratory tract illness in these patients resulting in inflammation of the lungs (pneumonia) or small airway passages entering the lungs (bronchiolitis).

CF: How can parents tell when a RSV infection has gone from bad to worse?

BW: There are no medications that correct the underlying infection with RSV. Medications such as Tylenol or Motrin are used in uncomplicated illness to help with fever, bulb suctioning to help with congestion and plenty of fluids. For severe cases, hospitalization may be required for intravenous fluids, oxygen and breathing medications to help with wheezing.

CF: What are the best methods to prevent RSV from spreading?

BW: Wash your hands frequently, avoid exposure by limiting your infant’s contact with persons who are sick, do not share drinking glasses with others, and wash toys regularly. Infants are most contagious in the first three to eight days according to the CDC. Of note, infants exposed to tobacco smoke have a higher risk of contracting RSV.