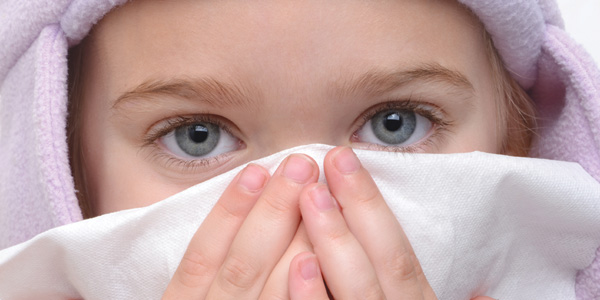 Flu season is still in full swing, so arm yourself with a few facts from John Bruns, M.D., of Queen City Physicians to keep you and yours healthy!

CF: What’s the main reason children end up hospitalized for the flu, and how can a parent prevent that from happening?

JB: Influenza is a respiratory illness. The most common reason for hospitalization is pneumonia, either from the primary viral infection or from bacterial secondary pneumonia. Infants will sometimes present with high fevers, poor feeding or dehydration and be hospitalized for observation to rule out sepsis. There are an average of 20,000 children younger than 5 years old that are hospitalized annually. Prevention of flu is the best way to prevent hospitalization from flu, which is why the annual flu vaccine is recommended. Most healthy children fight off the flu and make it with symptomatic treatment using ibuprofen or acetaminophen. I don’t treat a certain temperature number for fever, I treat the child. I don’t want children lying on the couch when they are sick. I would like them to move, take deep breaths and cover their mouths when they cough. I listen to the parents and the patients: symptoms like chest pain with breathing, having to work to breathe, and not eating, drinking, and urinating well are cause for concern. I also get concerned when the child who was getting better takes a turn for the worse. Pediatricians know a lot about pediatrics but no one knows a child like their parents or caregivers. If you are concerned that your child has a complication, contact your doctor.

CF: The Centers for Disease Control and Prevention (CDC) recommends the flu vaccine for everyone over the age of 6 months, and stresses pregnant women, children younger than 2, and people over 50 are at especially high risk of having serious flu-related complications. Is it possible for a baby younger than 6 months to get the flu and if so, how do you treat that?

JB: Infants younger than 6 months are at the highest risk of complications because their lungs are smaller and immune systems are not as mature. Moms who are vaccinated when they are pregnant have shown a decrease in both hospitalizations and deaths from flu in children under 6 months of age. It is important for people caring for those children to be vaccinated. Treat the symptoms of flu in infants by keeping them well hydrated, either with their regular liquid feedings or an oral rehydration solution and keep nasal passages clear with humidifiers and normal saline nose drops. Oseltamivir (Tamiflu) has been approved for children more than 1 year old. Treatment indications are based on disease severity, underlying conditions and time since symptoms started. CDC did issue emergency use authorization of Oseltamivir with dosing recommendations down to 3 months of age during the H1N1 pandemic. World Health Organization had dosing recommendations even younger.

CF: What are treatments for the flu that are safe for pregnant women?

JB: Multiple studies have shown increased complication rates of influenza for pregnant women even up to two weeks after having delivered. Acetaminophen is used instead of ibuprofen. Oseltamivir is the CDC’s preferred treatment for pregnant women, although all anti-influenza medications are Pregnancy category C (meaning data from clinical studies are not adequate).

CF: A new study suggests obesity hinders the flu vaccine. Is that true for children as well?

JB: The study in the International Journal of Obesity reported antibody titers at one-month post influenza vaccine were similar in the 74 patients but the obese patients had a four-fold decrease in antibodies at one year. Morbid obesity (defined as a body mass index greater than 40) is among the conditions identified as placing people at higher risk for complications from influenza by the CDC. With children, the BMI changes with age, so we use greater than 95th percentile for age. Of the 115 pediatric deaths from flu last year, 46 percent were younger than 5. And two of the 115 were obese. It warrants further study.