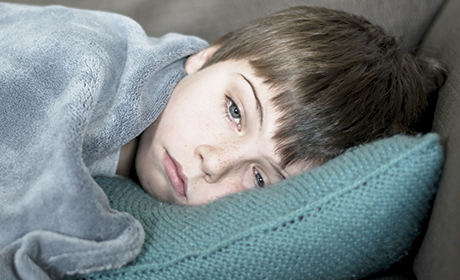 Laura Greene’s daughter, 13, experienced her first bad headache when she was just a toddler at her sister’s birthday party. “She kept saying her head hurt, so I was holding her, and suddenly she threw up everywhere!” says Greene, a nurse practitioner. She added that her daughter soon fell asleep and the headache was better when she woke up. “For the next year, she would have them once a month or so, not always with vomiting, but sometimes.”

What Is a Migraine?

Headaches in kids can happen for a lot of different reasons, and most of them aren’t due to serious problems. But a migraine is a completely different story. According to the Migraine Research Foundation, about 10 percent of school-aged children suffer from migraine. Half of all migraine sufferers experience their first attack before the age of 12. And like Greene’s daughter, migraine has been reported in children as young as 18 months. While onset is a bit earlier for boys (age 7, as opposed to girls’ average age at 11 years), the prognosis for boys tends to be better than girls, who often experience hormonal-related migraines due to their monthly cycle.

During a migraine, the trigeminal nerve (the main sensory nerve of the head and face and what the Mayo Clinic refers to as a “major pain pathway”) is activated, releasing chemicals that both irritate nerves and dilate blood vessels. This results in pain that can last for a couple hours or a couple days.

According to Andrew Hershey, M.D., director of the Headache Center at Cincinnati Children’s Hospital Medical Center, headaches are a symptom of something else, while migraine is its own disorder. He explains that there are established criteria for diagnosing all headache disorders, and that for migraines, the criteria include recurring headaches (at least five over the past year) lasting two to 72 hours with at least two of the following characteristics: throbbing, focal location on the head and moderate to severe pain that worsens or limits activity. Migraines are also associated with nausea and/or vomiting or photophobia and phonophobia (intolerance of light and sound).

What Causes a Migraine?

Causes for migraine aren’t entirely understood, but doctors and kid patients have been able to pinpoint factors that can trigger them, such as hormonal changes (girls are three times more likely to have migraines than boys), changes in sleep, change in weather or barometric pressure, bright lights and strange smells, some medications and alcohol. For a small percentage of sufferers (about five to 15 percent according to the Migraine Research Foundation), certain foods and food additives are the culprit — think aged cheeses, MSG, and salty or processed foods. Sometimes just going too long without food or sleep can trigger a migraine.

Migraines are also genetic, according to Hershey, but interestingly enough, he points out that families and patients may not realize that what they have are migraines. “This is due to the misconception that migraines are severe, very disabling, [sufferers are] stuck in a dark bedroom, not doing anything and withdrawn from family and friends,” he says. “Although migraines can be disabling and interfere with function, they aren’t necessarily to the degree that many people perceive.” As a nurse practitioner whose husband suffers from migraines, Greene suspected that her daughter had inherited the disorder.

When a Migraine Strikes

An untreated migraine can last anywhere from two to 72 hours, including hours spent sleeping if the child goes to sleep with a headache. Hershey says that these times can get longer as children age, and that there is an increased risk for prolonged headaches (more than 72 hours) as children reach adolescence. When asked what parents can do to help ease the pain, Hershey says, “First, recognize that kids get migraine … Early recognition and treatment is important. NSAIDs (like ibuprofen) and rehydrating fluids (sports drinks) often work well if caught early. Migraine specific medications can be used when this is not completely effective. Our goals of treatment are that headaches resolve within one to two hours with a return to normal function (i.e., they don’t miss school or other functions.)”

Greene’s daughter was placed on medication around 8 years of age. “She takes it every night, and this has helped a lot,” she says.

Are Migraines Cause for Worry?

Migraines are a burden for children who suffer from them, but they can be treated and even controlled if a child learns to avoid the triggers, anticipates when one is about to strike, and takes necessary measures. While Greene admits that they haven’t necessarily figured out all of her daughter’s triggers, they do give her ibuprofen if she feels a headache blossoming. “Sometimes it helps, but when it doesn’t, she usually just goes to bed to get rid of it,” she says.

If a headache grows more severe over a period of days or weeks, if it wakes your child from sleep, if the headache occurs in the back of the head rather than the front or all over, or if the headache is accompanied by vision changes, dizziness, or other abnormalities, definitely see your doctor.

If headaches happen more than one to two times a month, are causing kids to miss normal activities, if there’s a change in nature from a typical headache, or if treatments aren’t working, Hershey advises parents to also consult their doctors. The good news is that migraine doesn’t have to put limits on your child. According to Hershey, “If well controlled, migraines should not be a long-term problem.” 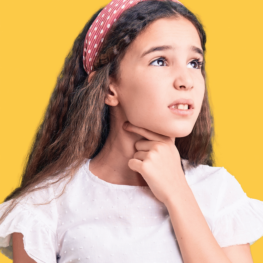 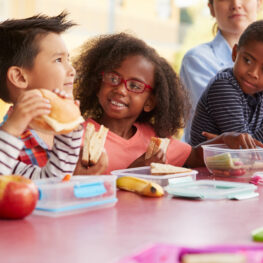 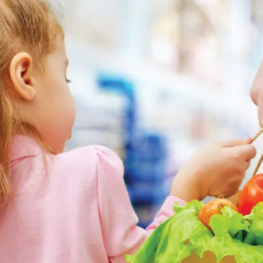 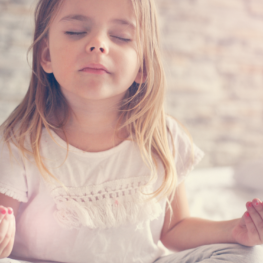