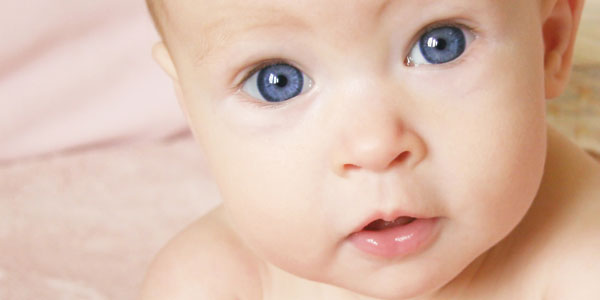 But remember, when it’s sleeping time, Baby should still be on his back.

Since the American Academy of Pediatric’s successful “Back to Sleep” campaign began in 1992, there’s been a decrease in the amount of SIDS-related deaths, says Daniel Cross, president of A Step Ahead Pediatric Therapy in Crestview Hill, KY.  But babies now are spending so much time on their backs — as well as in infant carriers, bouncy seats and swings that Cross says there’s an increase in “flat spot” among babies — positional plagiocephaly.  In this condition, Baby’s head becomes an oblong shape with displacement on one side of the forehead and flattening on the back of the skull on the other side. In 1992, flat spots occurred in one in 300 healthy infants; in 1999 the occurrence was one in 60.

The solution? Tummy time, Cross says, adding that it’s greatly underestimated by parents. During tummy time, infants develop neck muscles for head control, stomach strength for sitting and rolling and arm strength for hand control and reaching for objects and people. The building blocks created at this stage pay great dividends at the four to five month stage when babies begin to coordinate their motions into actual patterns and begin rolling and sitting with support. Cross has tips for encouraging tummy time and making it enjoyable for your baby:

Help your baby get into a good routine.

Introduce new skills and challenges when Baby is in a good mood.

Give reassurance and love.

Remember that your baby is learning how to handle stress and new experiences. Lie next to him when he’s trying his tummy, rub his back and look at his face, too.

Limit tummy time at the beginning.

Build on the success as your child becomes stronger and more accustomed to the position.

Place your baby on carpet with just a blanket to protect his face, allowing him to push against and to raise his head and chest from the floor.

Even when the first tries end poorly, practice does make perfect in this case.

Now, About that Cough …

With flu and cold season in full swing, kid coughs can be heard nearly everywhere. Coughs indicate different conditions, but also the seriousness of your child’s health.  According to healthychildren.org, from the American Academy of Pediatrics, most coughs are part of a viral infection in the airways, while others are caused by croup, bronchiolitis, asthma or allergies.

Whooping cough (pertussis) is a bacterial infection that results in coughing spells followed by a deep intake of air that makes a “whoop” noise.  Pertussis can affect all ages, but it can be especially severe in infants who haven’t received the pertussis vaccine (typically given as part of the DTap vaccine at 2, 4, 6 and 15 months of age).  Pertussis is very contagious, so if you suspect your child has it, call your pediatrician.

Coughs can last for what seems like forever, especially if your child suffers from asthma or allergies, and they can also seem to grow worse at night — mostly because your child is lying down and mucus is draining down the throat.  If a cough lasts longer than three weeks, or if a cough is keeping your child from sleeping, it’s time to visit the doctor.  You should also schedule an appointment if your child is running a fever with his cough, or if he seems to be working especially hard to breathe.

Several things that can help to ease a cough are using a cool-mist humidifier in your child’s room when he’s sleeping, sitting in a steamy bathroom for 15 – 20 minutes at a time and getting plenty of liquids. Avoide over-the-counter cough medicines for children without first consulting your pediatrician, says CIncinnati Children’s Hospital Medical Center website, cincinnatichildrens.org.

The Cincinnati Family Enrichment Center offers a Tummy Time class that meets once a week.  Get a complete schedule and more information at 513-591-2332 or theplaceforfamilies.com.