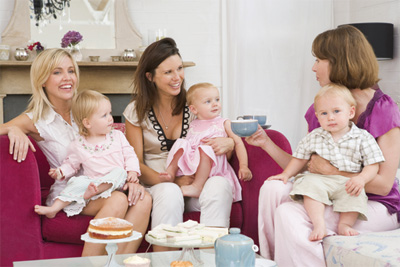 For Annette Achermann, the anxiety about being a new mom started well before she actually delivered her twin girls in July 1998. “It starts when you first find out you’re having twins,” she says.

Based on a nurse’s referral, Achermann joined a local club for mothers of twins even though her due date was still a few months away. Other parents of twins were able to help answer her questions, ranging from “What is my delivery going to be like?” to “What kind of help am I going to need?” and provide practical tips and suggestions.

While twins present unique parenting challenges, new parents know that having a baby is truly a life-changing experience. “Everyone’s shocked that this tiny little baby can be so disruptive,” says Sherry Reinhardt, a registered nurse and public health educator who has led new mothers’ groups for 26 years. “Many (new parents) have very little experience with babies. When they’re in their rooms alone, they have no idea what’s normal for a baby.”

Reinhardt notes that new parents often need “support and a little bit of handholding.” Some new parents find this through private facilitated groups such as Reinhardt’s, while others turn to hospital-sponsored drop-in groups or grassroots parents’ clubs in the community. There are groups dedicated to specific aspects of parenting, such as having twins or being a stay-at-home parent, as well as numerous local clubs that define themselves geographically.

Being a new parent “can be very lonely,” Reinhardt says. In her support groups, new moms talk about everything from sleep habits to parenting philosophies to returning to work. In Reinhardt’s view, the most important aspect of a support group is the development of community. After orienting a group, she encourages them to continue meeting on their own, noting that some of her original groups from more than 20 years ago still get together socially.

Nancy Held, another facilitator of new moms’ groups, echoes Reinhardt’s belief in the importance of community. “Many of these new moms and dads have no family in town,” she notes. Her support groups cover a range of topics, including sleeping, breastfeeding and soothing, and also provide new parents with “the sense that they’re not alone.”

Even for second- or third-time parents, participating in a support group can be worthwhile. Mary Louise Bucher, a mom of three, participated in a new mothers’ group when each of her children was born. The first time Bucher took a class, which was offered through a hospital, she wanted to meet other new moms and was looking for advice and support. “Infants don’t come with instruction manuals!” she notes.

Even with her second child, she still had a lot of practical questions. “My second child was so different from my first,” she says. And with her third child, the class was mainly a way to meet other new moms with children who were her daughter’s age, as well as ensuring some weekly private time with her.

Some new parents take a more grassroots approach, forming their own support groups. In addition to joining a facilitated group offered through the city, Peri Drake teamed up with new moms from her prenatal yoga class to form a support group in early 2002. The latter group was smaller and more informal, meeting at different homes each week. Because it had only four to eight moms it was easier to have a conversation. The group still meets weekly, although it’s now evolved into more of a playgroup for the kids. “We talk in between chasing the kids around,” she says.

Achermann’s involvement in her local club for moms of twins has also evolved into an informal playgroup, although the moms still discuss issues like socialization. But in the beginning, it was truly a lifesaver. “You can’t even imagine what (having twins) is going to be like until you go through it,” she says. “This (group) was the reason I survived the first six months.”

Lisa Lewis is a freelance writer. 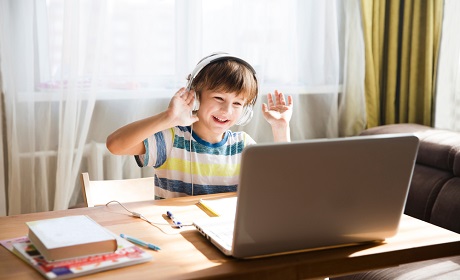 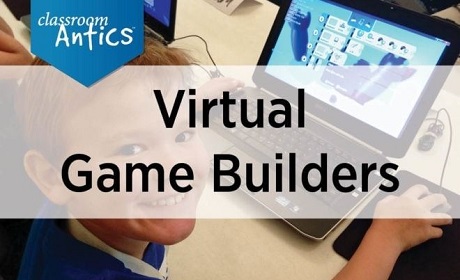