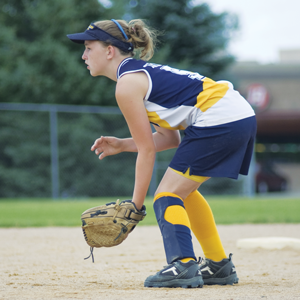 You want your child to play … now know what to expect.

Parents lugging coolers, collapsible chairs and shade are a familiar sight these days – there’s always a tournament going on somewhere it seems! The popularity of youth sports in the U.S. is undeniable – and word is, the earlier your child can get proper training, the better off he’ll be. But what should you expect as the years go by? We’ve compiled five of the most popular sports to help you navigate your way.

Age kids can start: Community flag football programs usually begin at age 5 or 6 and Pee Wee football programs begin at the same age. In schools, players often start tackle football in middle school. Kids can play football from age 5 to 16, but must meet strict weight-for-age standards. Most middle and high schools have football teams, and most football programs outside of schools offer football camps in spring and summer.
Skills needed/used: Strength and/or speed, hand-eye coordination, teamwork.
Best for kids who are: Team oriented, disciplined and who like contact.

Season/when played: Tackle: fall. Touch/flag: spring and/or fall.
Equipment: Most is provided through leagues or schools. Tackle football requires a helmet, shoulder pads, shoes/cleats, girdle with hip and tailbone pads, thigh and knee pads, chin strap and mouthguard. Many leagues will ask for a refundable equipment deposit (approximately $200).
Costs: Team fees for non-contact leagues tend to be lower ($100 – $200/season). Fees for tackle leagues are higher, since they cover equipment, referees and so on. Fees vary greatly, from $150/season to $300 or more.

Time commitment required: In tackle leagues or on middle school teams, players practice for two-hour sessions, three to four times a week. In high school, teams practice year round. Games are usually once a week with a season of about eight games.

Potential injuries: The most common types of injuries in football are sprains and strains, followed by fractures, dislocations and soft tissue injuries. Research shows that football increases a child’s risk for concussion, and the prevention and treatment of concussions are the focus of many discussions at every level of play.

Age kids can start: Toddlers of 2 and 3 can begin to learn to skate, sometimes with double-bladed skates for better balance. At about age 4, kids can begin to learn the fundamentals of hockey.
Skills needed/used: Flexibility, muscle strength, endurance, balance and coordination; ability to ice skate; stick handling.
Best for kids who are: Energetic, team players, unafraid of contact.
Season/when played: Winter; many (but not all) indoor ice rinks are open year round.
Levels: USA Hockey youth hockey classifications for boys are: Termites: 7 years old and younger; Mite: 8 years old and younger; Squirt: 10 and younger; Pee Wee: 12 and younger; Bantam: 14 and younger; Midget Minor: 16 and younger; Midget Major: 18 and younger. For girls, the levels are 10 and younger, 12 and younger, 14 and younger, 16 and younger, and 19 and younger. Programs may be recreational, competitive or select (travel).
Fitness factor: High. As in soccer, players are almost constantly in motion. Plus, they wear heavy safety gear.
Equipment: Skates, sticks, helmets, uniforms, gloves, protective pads and mouthpiece, and a large bag to transport it all. The gear is costly, but parents often swap or sell used items. Skates should be sharpened after about four to six hours of ice time.
Costs: Aside from the significant cost of equipment, team or league fees for kids 8 and older can range from $600 to more than $3,000 a year.
Time commitment required: Games and practices two to three times a week or more. Families with kids on travel teams will spend additional money and time traveling to and from games and tournaments, paying for hotels and meals.
Potential injuries: This is a fast-paced, contact sport, so it can be risky. Most common injuries include sprains (of the thigh, knee and ankle), concussions and facial lacerations. Safety equipment and rules help keep kids in youth leagues safer.

Age kids can start: Recreational soccer (through the YMCA or through a community organization) begins at age 3, 4 or 5. Select soccer, also known as “travel” is for boys and girls ages 8 – 18.
Skills needed/used: Teamwork, endurance, speed, agility/footwork (handling ball with feet).
Best for kids who are: Team oriented, good at sprinting, disciplined.

Season/when played: Spring, summer, fall; year-round in many areas; indoor soccer leagues also available.
Levels: Age-grouped and school-affiliated teams, up through high school and college. Starting as early as age 7, kids in many areas have the option to play in either a competitive (traveling) or noncompetitive league. Talented players may be selected for premiere leagues, training camps or development academies. The best players can work in Olympic Development.
Equipment: Soccer cleats (both indoor and out) are needed yearly as the child grows, shin guards (as the child grows), a team uniform, the right size ball (smaller, lighter balls are available for younger children); Under Armour for fall play, water jug.
Costs: League fees (up to $100 for non-competitive leagues; $500 – $1,000 or more for travel teams), equipment, tournament fees (varies significantly, but can reach $500 per tournament per family including fees, hotel and meals).
Time commitment required: For the youngest children, an hour or more a week (30 minutes practice, 30 minutes game). As players move up the ranks, practice time and number of games increases significantly. Players on competitive (“traveling”) teams will practice twice weekly, travel long distances to games and may attend at least one out-of-town tournament per season.
Potential injuries: Risks include collisions with other players, ground or goalposts; repetitive strain injuries, especially to the ankles and knee; heat-related illnesses; and concussions (from heading the ball, collisions or falls). Precautions taken by player, coach and league can help reduce risk.

Season/when played: Spring and summer (elite teams or those in warmer climates may play year round).
Levels: Little League has a series of levels based on age and ability: Tee Ball (for 5- to 6-year-olds or older) Minor and Major Leagues (for 9- to 12-year-olds), Junior League (for ages 13 and 14), Senior League (for ages 14 to 16), and Big League (ages 16 to 18). Both boys and girls can play, and both boys and girls can also play softball. Scholastic teams are also common, with the familiar junior varsity and varsity set-up.
Equipment: Glove for fielding balls, batting glove, batting helmet, cleats, uniform. Catchers use special protective gear such as face masks and shin guards.
Costs: Minimal for beginning players, approximately $65 for a uniform and a spot on the team; rises much higher for older or elite players – especially those on travel teams (costs can soar as high as $6,000 per season, not counting lodging, gas, etc.)
Time commitment required: As with most youth sports, time commitment grows exponentially as players rise up the ranks to elite or travel teams. Beginners may have just one practice and/or game per week, while more accomplished athletes will practice several days a week and devote nearly every summer weekend to games and tournaments. Travel baseball players play 60 – 80 games a season.
Potential injuries: Players can suffer overuse injuries if they throw too many pitches. Coaches and parents need to make sure junior pitchers’ arms get plenty of rest. Risk for head injuries from collisions, getting hit by a ball; risk of ankle sprains and other injuries from sliding into bases.

Age kids can start: Some teams will accept kids as young as 4.
Skills needed/used: Ball handling, endurance, teamwork, hand-eye coordination, footwork
Best for kids who are: Agile and coordinated. Gracefulness helps.
Season/when played: Winter for schools; spring and summer for non-school leagues. Skills camps and tournaments are often held in the summer.
Levels: Levels are determined by age; for example, 7 and younger/first grade; 8 and younger/second grade; 9 and younger/third grade; 10 and younger/fourth grade; 11 and younger/fifth grade; and so on.
Equipment: High-top athletic shoes, team shirt, uniform, mouthguard, basketball. All of these will need replacing as your child grows and new uniforms are given out yearly.
Costs: Minimal for beginning players and at the school level; you may be asked to participate in fundraisers. In leagues outside of school, costs vary depending on number of tournaments entered and travel expenses. For a travel team, plan on spending at least $200 per season on team and uniform fees alone.
Time commitment required: One to two hours a week for beginners; requirements escalate as kids grow. If your child plays with an elite team, expect to travel to tournaments several times a season.
Potential injuries: Medium. Although most coaches, schools, and leagues have a strong commitment to safety, basketball is a fast-moving game with potential for contact (with other players, the ball or the floor). It also demands a lot of lateral movement, which can stress the ankles, knees and lower back – and is why good shoes are essential.

Susan Day is editor for this publication. 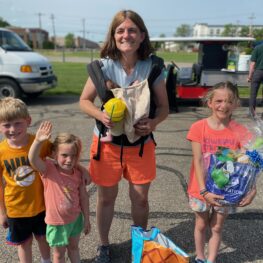 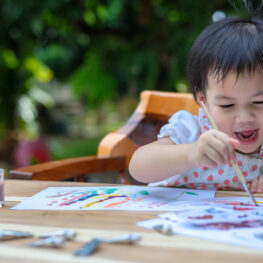 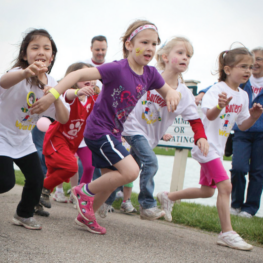 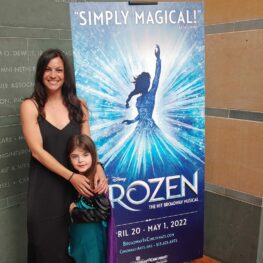