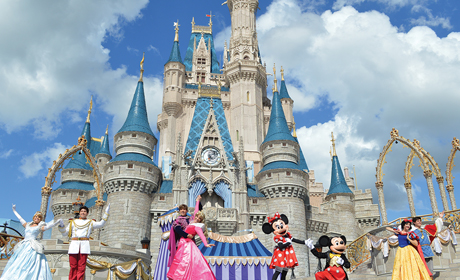 We fluttered with excitement, cramming our suitcases into the car. We were finally off to Disney’s Art of Animation Resort at Walt Disney World in Florida! Traveling at night is the perfect way to make time with kids, especially little ones. From Nashville, Disney World’s about a 10-hour trip, so let your youngsters sleep through a chunk of it — they’ll need their energy for all of the wonders that await.

We’d pondered this trip for years. When to take the kids? What’s the best age? Would our youngest even have fun? Is it even worth it if they can’t remember it?

You’ll be happy to know that there are preschooler perks galore at the happiest place on earth, no matter which park you’re in. But, before you go, make plans to purchase the FastPass. This is a life-saver when you have kids with short attention spans like my two. And, get a map of each park. You know, the good, old-fashioned paper ones. While you’re at it, download the app (My Disney Experience Mobile App), because the paper map occupies kids as they plan what they want to do next while you wait in lines. Now the magic! A handy breakdown of our discoveries:

There are many new attractions here. Fantasyland is geared toward the younger set. We loved Under the Sea: Journey of The Little Mermaid, which takes you on a smooth, slow coast through different scenes from the movie, and Casey Jr. Splash N’ Soak Station, where you can enjoy cool water on a hot day. My little boy is not big on fast coasters or rides, so we steered clear of those, but I loved that the soak station was so close to rides that were a little more fun for my older daughter.

We loved the princesses performing on the stage in front of the spectacular Cinderella’s castle (see picture above). Their dresses twirled and mesmerized the audience as they danced and sang. Surprise performances like this spring up at Disney World by chance.

Another favorite of my son was exploring the Swiss Family Treehouse. We climbed to the top one night and caught a spectacular view of the fireworks — great considering the tightly packed crowd on the ground surrounding the castle. Ladders and steps all around showed us what life was like for a tree-house family.

Animal care makes exhibits change at this park unexpectedly, so be aware of park hours and what’s going on before going — I know because we missed the Kilimanjaro Safaris. But the kids loved the zoo-like experience of the Pangani Forest Exploration Trail featuring several animal-viewing spots and exploring the walking trails around Discovery Island and seeing the Tree of Life. You can spend hours just walking trails, which is perfect when you have an older child wanting to ride Expedition Everest: Legend of the Forbidden Mountain. 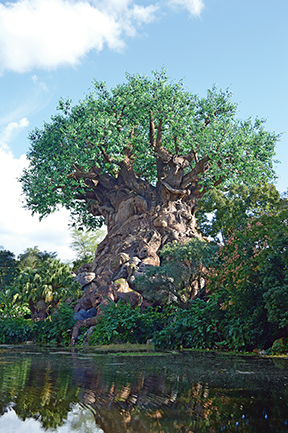 There are several around Walt Disney World and at least one or two at each park. These are perfect opportunities to rest your weary legs and cool off from pushing your tot around the park all day. Plus, kids get to enjoy a high-energy show of their liking. A favorite among them is For the First Time in Forever: A Frozen Sing-Along Celebration in Hollywood Studios. You are highly encouraged to … “let it go” … and sing your hearts out. An artificial snow showers you at the end to top it all off. I learned that once your kids are 8 or 9 years old they may not show as much interest in this one as your preschooler might. 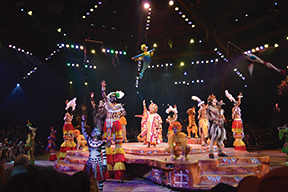 Another stage spectacle is the Festival of the Lion King at Animal Kingdom. The audience is split into four sections, and the show is done on the floor in the center. Full acrobatic feats happen all around as the “leaders” of each section sing songs from the movie. The audience loved this show — mouths gaped open while observing men on stilts, floats with moving characters and more. 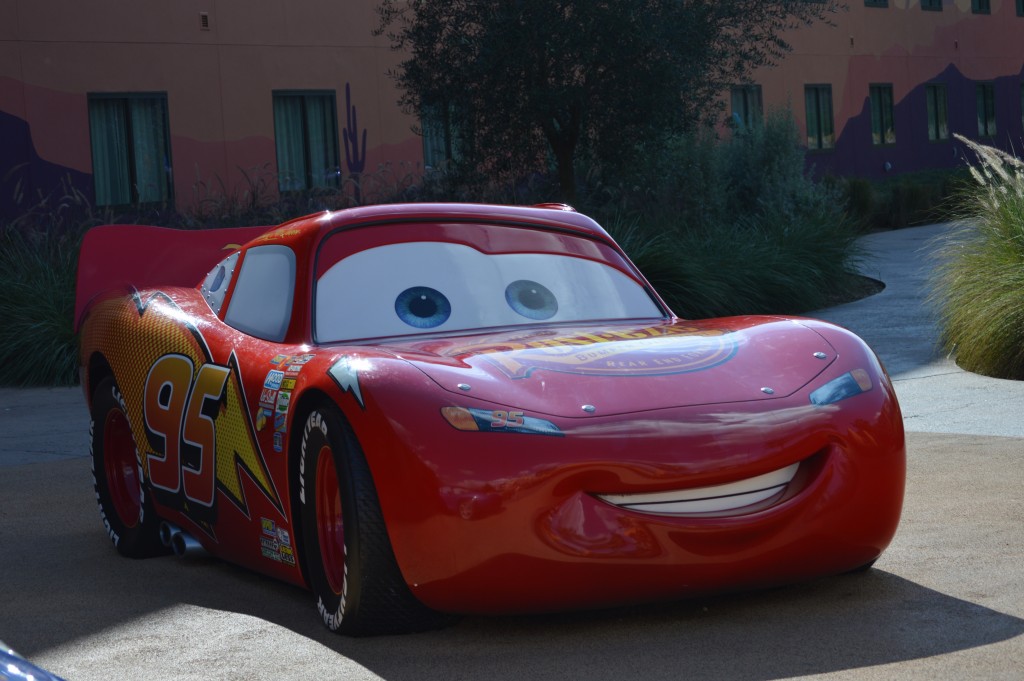 The Art of Animation Resort is a family favorite place to stay. Four distinct sections of the resort are dedicated to popular movies, sending little ones into a tizzy — The Little Mermaid; The Lion King; Finding Nemo; and Cars. Our kids loved striking poses next to the near life-sized car statues in the Cars area. The pool’s just right, too, featuring orange cone-shaped bungalows available for reservations, and lifeguards on top of their game — I’ve never seen so many lifeguards! For expanded water features, head over to the Finding Nemo section. Statues are magnificent and brightly colored and the pool area has waterfall-like features with a Schoolyard Spray Ground and a Righteous Reef Playground. Bring towels from your room (none provided at any of the pools) but life vests are plentiful. 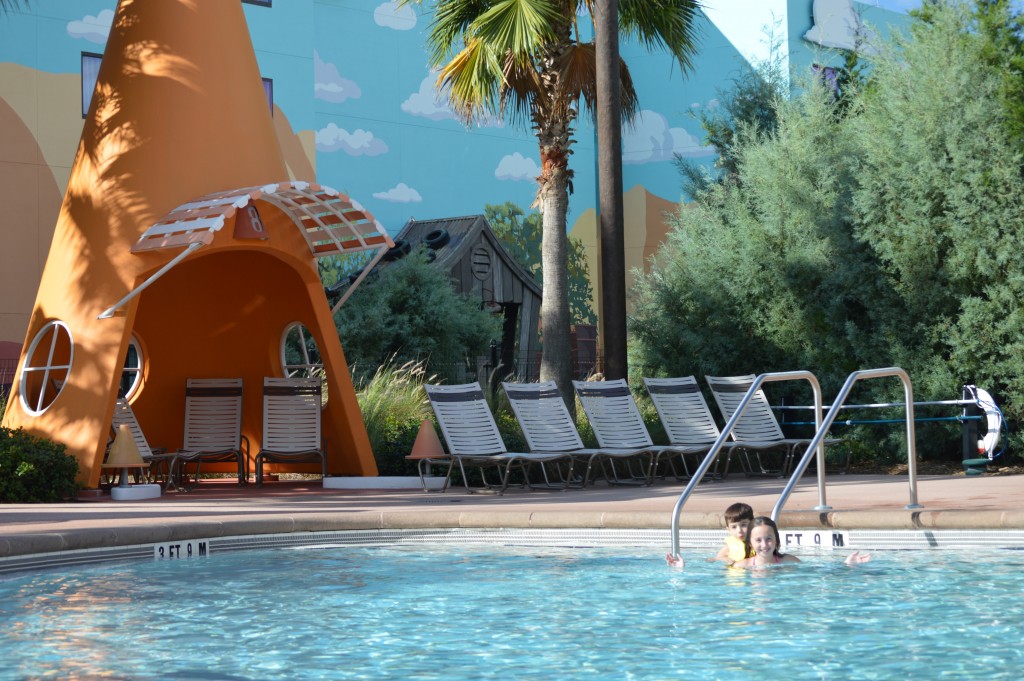 Stretch your legs on one of the many paths, like through the The Lion King section near the Elephant Graveyard. After swimming and exploring the resort for the day, your kids will be exhausted and ready to head back to your room, decorated in the theme of the section you’re booked into. Attention to detail is evident everywhere, making you feel like you’re in the movie itself. Get a good night’s sleep for the next day’s adventure … that’s if the kids don’t keep you up with all of their giggling.

There’s never an age when kids are too young for Disney World (because you’re going to have loads of fun, too). Toddlers will have a blast, and it’s all worth it even if you think they won’t remember it, because … they will. You’ll be telling exciting stories to them even after months have gone by and sharing all those memory-making photos.

Families from all of Disney’s resorts love to drop their children off at the Lilo’s Playhouse Children’s Activity Center found at the newly redesigned Disney’s Polynesian Village Resort.  It’s affordable, clean and fun for kids. Do note that locals take advantage of this facility, too because you don’t have to actually stay at the resort.

What to Get Before You Go

Here are some important things to get when planning your trip to Walt Disney World.

Here’s a quick list of things for preschoolers to do — as far as rides and play areas — and what park to find them in. You’ll see that there are more rides that are preschooler-friendly found in Magic Kingdom than any of the other parks. You might want to dedicate at least two days there. There are also many animal encounters or viewing spots in Animal Kingdom, too, which little kids love no matter what!

All photos are by Kiera Ashford. 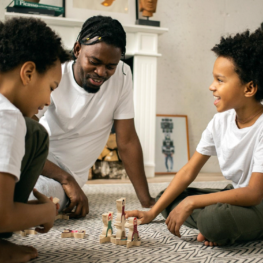 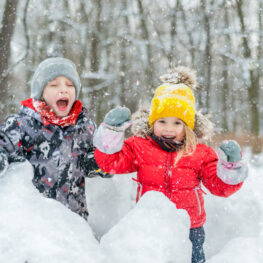 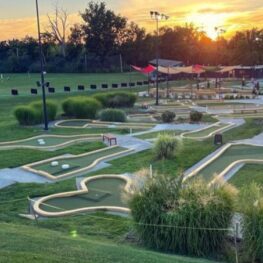