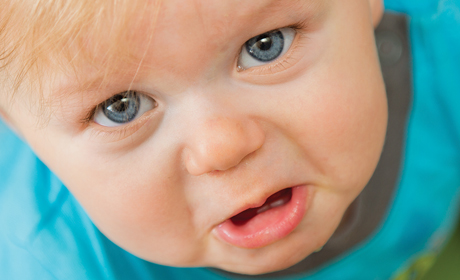 It’s one of your worst parenting nightmares. The meltdown of your toddler in public. You can count on it happening in toddlerhood on into the preschool years. Let us fortify you for the journey!

When it comes to taming tantrums, it’s helpful to understand the two different types and how to handle them.

“Temper tantrums are a normal stage of toddler development,” says Missy Tepe, who teaches “The Toddler Tantrum Survival Guide” through TriHealth. “Children have tantrums mostly due to their lack of verbal skills and their desire for independence.” Tantrums come in two forms, she explains — frustration tantrums and manipulative tantrums.

Frustration tantrums: “Dealing with a frustration tantrum calls for a parent’s empathy, support and patience,” says Tepe. “This is an opportunity to teach the child the more appropriate way to deal with their emotions. During this situation, a parent can model empathetic behavior.” First, identify the trigger for the tantrum. Try to help out with the trigger or offer a distraction or alternative, and use soothing body language and speech to help lower the toddler’s frustration level.

Use verbal cues and body language that show your child you don’t engage in tantrums and don’t cater to the root cause of the tantrum, and never throw a tantrum yourself.

Children are also known to hold their breath during a tantrum — a long time!

“Breath holding in a child can be very alarming for parents!” says Tepe. “These spells happen when a child is overly frustrated, hurt, angry or scared.

“There is no ‘treatment’ for breath holding spells in children,” she says. “Teaching the child more appropriate coping skills can help, such as how to express their frustration or communicate how they are feeling. Also, showing them the appropriate way to handle not getting their way can help. For example: stomping their feet and saying ‘I’m angry.’ This gives them an outlet to express how they feel.” She also suggests teaching children appropriate breathing techniques such as taking a deep breath and counting to 10.

Breath holding as a routine habit largely depends on how the parent reacts to the child’s behavior, says Tepe. “If the parent immediately ‘gives in’ to the child’s demands when the behavior occurs then the child is learning ‘if I hold my breath, Mommy does what I want her to do.’” Clear, consistent consequences are always the best way to go when it comes to temper tantrums.

“Once a child sees that holding their breath worked and it helped them get their way, they will continue to do it and manipulate the situation.”

Tepe also advises that parents move children to a safe place in case they pass out. “It is important to consult with your pediatrician to make sure there is no other medical condition causing the behavior. If the behavior continues, consult a child therapist and begin a behavior modification plan.”

One of the best ways to prevent bad behavior is to pay attention to your little one. Before leaving the house, consider a few things: Is your child hungry or tired? Is he having a bad day? Is he feeling sick? It’s probably best to delay your trip if the answer to any of these questions is yes. Otherwise, you’re just setting yourself up for trouble.

“It is helpful to explain to your child what to expect while they are out. Tell them where they are going, who will be there, how long they will stay and what they will be doing,” says Tepe, adding that you should also discuss specific behaviors that are expected.

Bring along a small game or toy to keep children occupied, and compliment good behavior when you see it, says Tepe, rather than waiting to criticize negative behavior.

“Oh, the dreaded public meltdown!” says Tepe. “We have all been there, whether our child is the one melting, or you are feeling the pain of another.” Here’s a quick Do’s and Don’ts list to keep in mind:

DO:
• Get down on the child’s level to approach him.
• Tell your child you see that he’s upset.
• Tell him you would like to help make it better.
• Try to figure out what he’s upset about. Ask him!
• Surprisingly, whispering in his ear can get his attention — this is important so that he doesn’t become embarrassed, escalating the meltdown.
• Take deep breaths with your child to help him relax.
• Walking with him to a private place might be necessary so he can calm down or continue to melt down in private.

DON’T:
• Withhold love, use fear, or scare.
• Embarrass your child in front of other children or adults.
• Say things you don’t mean.
• Make threats.
• Fall short on the follow through.

Need a firm foundation for tantrum skills? Missy Tepe leads “The Toddler Tantrum Survival Guide” through TriHealth. During the workshop, parents share ways to creatively avoid conflict without crushing their child’s spirit, ways to help children more effectively communicate wants and needs without resorting to tears or tantrums, and learn strategies on how to set reasonable boundaries without having to constantly resort to the word NO. Cost is $30 per single or two-person team. The next available class is March 5, 2016, from 10 a.m. – 12 p.m. Register online at trihealth.com.