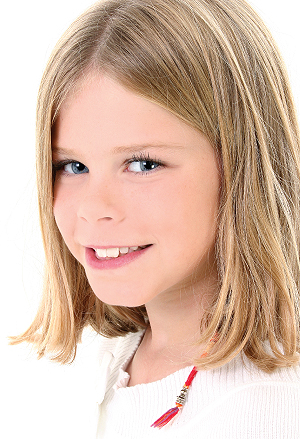 Nick Davis, 11, likes to wear his hair long over his forehead. It’s the style with a lot of guys today. Truth be told, his “style” has just as much to do with pre-teen angst.

“I’ve got pimples there,” Davis admits, smoothing his long bangs down to cover them from sight. “It’s a real pain.”

With all the mood swings, peer pressure and physical changes that ‘tweens and teens have to cope with, putting a clear face forward can be daunting. For many, like Davis, achieving a “fresh look” is a difficult chore. Many kids cope with not only having mild to severe acne, but also with the social and emotional ramifications that can accompany skin problems.

Although it is typically associated with teens, skin breakouts can start as early as 9 or 10 years old. “It is not uncommon to have acne even as early as age 9,” says Heidi Rand, M.D., a dermatologist with Heritage Medical Associates in Nashville. “And some children do not have trouble with acne until well in the teens, so obviously it varies from child to child.” Rand says that the reason some children get acne earlier or more severely than others is because of genetics. “If Mom or Dad had early acne or severe acne, their child is more likely to have it.”

Tricks of the Trade: Preventive Measures and Treatment Options

Teen Cleaning Machines – Rand says teens with early mild acne should wash their skin with an over-the-counter acne wash containing benzoyl peroxide or salicylic acid twice daily. Keep in mind, though, that kids with eczema or sensitive skin should use caution with these products as their skin types may not be able to tolerate them. The most important time to wash is before bed. “You don’t want oil, sweat or make-up sitting on the skin surface overnight,” advises Rand.

Experts caution against excessive cleansing, which can aggravate acne. Drying out acne is also not a preferred – or effective – treatment method. Though the pimples will be dried out, a residue of dead skin cells will remain that can continue to clog pores.

Medication Caution – It is important to note that many medications used to treat acne can make a person more likely to sunburn. A sunburn or dark suntan may make blemishes less visible and make the skin feel drier, however these benefits are only temporary. In return for dried out acne, long-term effects of sun exposure can be even more damaging than blemishes. Rapid aging and increased risk of skin cancer top the list.

Stopping the Popping – When pimples emerge, the temptation to pick or pop also rises to the surface. Rand says pimple popping, squeezing or picking can do more harm than good, both short and long term. “Picking and squeezing will always make the pimple look and feel worse,” says Rand. “It makes it more sore, more red and more unsightly.” Kids who pick also risk creating bacterial infections, which would undoubtedly leave them worse off than when they started. “Long term, picking at the skin can cause permanent scars,” cautions Rand.

Hygiene Hints – If your teen is being treated for acne, she may need to change some of the cosmetics she uses. “It’s not so much the brand a person uses,” advises Rand, “but all makeup should be oil-free.” Also, less is more in the case of make-up atop acne. Caking it on will only clog pores and heighten the irritation of the skin. Lastly, make sure your teen washes off all of her make-up before going to sleep so her skin can breathe.

Boys with acne who shave can test both electric and safety razors to see which is more comfortable. If your son uses a safety razor, a clean, sharp blade and softening his beard thoroughly with soap and water before applying shaving cream can be helpful. Remind him that nicking blemishes can be avoided by shaving lightly and only when necessary.

Some of the Causes

A common factor in the cause of acne in students is studying or reading while resting their cheeks or chins on their fists or in their palms. Sixteen-year-old Julie Bolyn was struggling with an acne condition that was unusual since it was located on one cheek and formed an almost perfect circle. “I couldn’t believe when my doctor explained that I was causing my own acne by continually pressing my fist on my cheek,” explains Bolyn. Acne as the result of pressure can also be created by baseball caps, bra straps, tight synthetic exercise apparel or telephones held tightly to the jaw line.

Teens like Bolyn know how emotionally painful acne can be. The already fragile level of self-confidence typical of teens can be shattered whether a breakout consists of a few pimples or an extensive bout of acne.

“There are times when I feel horrible and ugly. I’ve even begged to be able to stay home from school,” say 15-year-old Tiffani Chase, painfully detailing her experience in coping with her ongoing acne. Tiffani’s mother, Theresa, became concerned about her daughter’s social development and self-esteem as a result of her acne.

“She didn’t want to go out or risk being seen by boys because she was convinced she was ugly or the only one with acne,” Theresa shares. Worried that her daughter’s self-esteem was on the verge of being permanently compromised, she incorporated a variety of options to both control her daughter’s acne and regain confidence in her self-image. “We went to a dermatologist, began a solid hygiene regimen at home and started going for monthly facials,” says Chase.

In an effort to clear up the acne and it’s secondary effects, Theresa and her daughter spent a lot of time talking about how Tiffani was feeling about herself and how all teens feel awkward and embarrassed about acne. “When I finally talked to my best friend, I was relieved that she felt self-conscious about her breakouts too,” adds Tiffani.

Acne does not discriminate between genders, boldly crossing the lines of popularity and striking anyone regardless of her grade point average. Marcos Avella says he experienced intense anxiety pondering how his acne would impact a homecoming invitation he was preparing to make. “I was scared to ask someone to go with me. I was afraid she’d say ‘no’ because I had just broken out,” he openly explains.

Mary Schneider, a licensed clinical social worker, draws a poignant similarity to the insecurities experienced by teens such as Avella: “Peer pressure and the fight to blend in is epic to a teen. Drawing attention to yourself – especially your appearance – is like an adult showing up to the office in his underwear.”

Schneider suggests parents tap into how painful and turbulent it was to be a teen with or without acne and lend a supportive shoulder to help their child’s self-esteem overcome the negative effects of acne. “If we can instill that everyone worries about their appearance or fitting in, teens with acne will understand that everyone is the same on the inside, regardless of a few spots on the outside,” says Schneider.