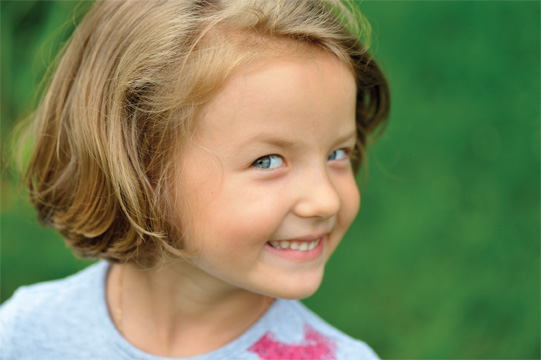 When making tough decisions regarding your child, it seems that the biggest worry among parents isn’t that they will make the wrong choice, but instead that they will be judged. Judged by other parents, family members, doctors or teachers. This is perhaps most true for parents grappling with what to do for a child diagnosed with Attention-Deficit/Hyperactive Disorder (ADHD).

ADHD is a behavior disorder characterized by persistent problems with inattention and poor impulse control, meaning the symptoms affect children in social interaction, communication, and behavioral development. ADHD is generally first diagnosed in childhood, and is often pinpointed once the child is in school.

Parents facing this diagnosis are often told that their child is unmanageable, strong willed, or, quite simply, a “bad” kid. As such, many parents are reluctant to share their situation with others, for fear of facing judgment and ridicule.

But ADHD must be discussed, as it impacts some 3 million kids currently being treated for it with medication. This number may represent just the tip of the iceberg. According to Richard E. A. Loren, Ph.D., Clinical Director for the Center for ADHD at Cincinnati Children’s Hospital Medical Center (CCHMC), roughly 5 percent of the general population is believed to have ADHD. “While the rate of diagnosis has certainly increased over the last couple of decades, it is still estimated that fewer than half of children and adolescents with ADHD will be identified or provided with appropriate services to manage it,” he explains.

Such services include intervention programs in schools, evaluations and tests like those done at the Center for ADHD, behavioral treatments, and, of course, medication.

Children with ADHD are individuals and some cases are more severe than others, which can make managing your child’s ADHD a tricky task.  It also means that what works for one child may not work for yours. For a parent, choosing the right treatment path for their child is a decision made with careful thought and consideration.

For Molly*, a Northern Kentucky mother of four, it was a “gut feeling” that something just wasn’t right with her oldest son. He was missing key developmental milestones, something Molly became acutely aware of at his check-ups. “You know those questions they ask you before the appointment, ‘Is your child doing this/that?’ — he wasn’t,” she says.

Her son also had various sensory issues that were hard to ignore. “He didn’t like having his feet hang off the ground,” she says. He was also very impulsive and energetic — but Molly simply thought that perhaps she just had a “strong-willed child.”

This is an issue many parents struggle with. “In the past, many children with ADHD were simply labeled as ‘rambunctious,’ “high spirited,’ ‘difficult,’ ‘undisciplined,’ ‘lazy,’ ‘space cadets’ or some other descriptive label that put the onus of their problems on them and/or their parents,” says Loren. However, due to the research of recent years, the increased recognition of the characteristics of ADHD has contributed to better identification of children with this disorder, which also may explain the increase in the number of diagnoses.

Molly eventually talked to her doctor about these concerns, and was referred to The Center for ADHD at CCHMC. After observations, reports, and an IQ test, her son was diagnosed with ADHD. Now on a combination of medicine and alternative therapy, Molly feels she has a much better handle on what’s going on.
In fact, because of her awareness of her oldest son’s ADHD, Molly was able to easily recognize the signs in her other two sons. Having multiple children with ADHD is not uncommon, as there is “a genetic component to ADHD, so it can get passed along in multiple offspring from one parent,” explains Karen Wetzler, M.D., a pediatrician with Cincinnati’s Group Health Associates. Having three children with ADHD makes life a little more complicated, but Molly says that the help and support she has received at CCHMC has made a tremendous difference.

Ritalin: The Short- and Long-Term
When you hear about parents giving their children medication for ADHD, Ritalin is the drug that probably comes to mind. Ritalin is a stimulant that has become eponymous with ADHD, and plenty of parents have natural concerns about side effects and long-term consequences.

Like other stimulants, there is a risk of sleeplessness, loss of appetite, and nervousness when taking Ritalin. However, the short-term effects of Ritalin are also improvements in impulse control, decreased frequency and intensity of a broad range of impulsive behaviors, and improvements in attention regulation, all of which result in improved on-task behavior and task completion, says Loren.

There are a lot of misconceptions about Ritalin, which could explain why so many parents may feel judged when deciding to go the medication route. Concerns over children becoming dependent come into mind, as does the idea that parents “just need to control their child better — they don’t ‘need’ medication,” says Molly.
Both Wetzler and Loren cite numerous studies that conclude Ritalin is safe to take long-term. “There is no evidence to indicate any ‘long-term’ effects — positive or negative — of these medications once they are no longer taken,” says Loren. He adds that research looking at the outcomes for adolescents who continue to use medications throughout the adolescent years suggests that the medications continue to be helpful, but only as long as they are used.

A Multi-Modal Approach
Naturally, parents have concerns when it comes to medicating young children, or may wonder if medication alone is enough. The Center for ADHD treatment for children and adolescents involves three main components:
1) medication to improve the core symptoms of inattention and poor impulse control;
2) environmental support at school to improve a child’s academic, behavioral and social abilities in the classroom;
3) environmental strategies initiated by parents at home and when out in the community. The Center offers classes for parents as well. For Molly, a combination of medication and environmental adjustments has proven effective for helping her boys. One of her sons has a special chair at school, with a rubber band-like tie around the legs for him to kick and feel under his feet. Additionally, Molly says that chore and behavior charts have been helpful.

Child Psychology
When looking at how many children — especially young children — are being diagnosed with ADHD one wonders where personality comes into play. In other words, a 3- or 4-year-old will be naturally rambunctious, and probably not have the longest attention span, and yet the American Academy of Pediatrics has recently expanded guidelines for ADHD to include children as young as 4.
This is where those child development books can be helpful — especially if you are a first-time parent. Knowing age-appropriate behaviors and milestones are key to determining whether your 4-year-old has a problem concentrating, or if he is simply doing what’s to be expected from a child at that age.

Often, it comes down to a question of expectations. “What’s reasonable to ask your child to do? Have I asked this before? Have we practiced this before?” asks Dr. Nancy Tolley, a licensed school psychologist who works with Cincinnati Public Schools.
“Demands on children to display age-appropriate attention regulation and impulse control have increased, particularly in academic settings, over the past 20 years,” says Loren. “Children are now expected to come INTO kindergarten with skills that a generation ago they were expected to have COMING OUT of kindergarten,” he adds. “The fundamental difference between normal rambunctiousness and the type of impulsive/hyperactive behavior associated with ADHD is whether or not the child can stop the behavior when told to do so, whether or not they can stay stopped, and whether they are able to recognize situations where such behaviors are not appropriate and not engage in them in the first place,” Loren says.

Parent Psychology
Being a parent to any child can be a trying experience, but the stresses increase exponentially if you have a child with ADHD. Add to this the feeling that you can’t talk to others about this topic, and you get a recipe for feeling very overwhelmed and isolated.

For starters, parents need to take a proactive role in their child’s treatment — especially at school. Says Loren, “Focus on working cooperatively with your child’s teacher(s) to help your child to perform closer to their full potential in the classroom.”
Attending classes such as those offered at the Center for ADHD will help you meet other parents going through the same trials and tribulations. Loren cited several current offerings at Children’s, including the “Understanding and Managing ADHD” parent group program, as well as an April lecture series for parents on “Executive Function, ADHD and the Struggling Child” by ADHD expert Russell Barkley, Ph.D. (learn more at springer-LD.org).

And, as a parent, it’s crucial for you to remain optimistic for your child. “Maintaining a positive outlook about your child and his future, and being committed to maintaining interventions necessary to help your child function closer to their true potential over the long haul, are the predictors of success,” says Loren.

What Works for Your Child
As a parent, you never stop worrying about your child’s well being. It’s your responsibility to make the most informed and considerate decisions for your child. Unfortunately, what’s “best” for one child isn’t necessarily “best” for another. “There isn’t really just one answer for a child with ADHD,” explains Tolley, “and this can be frustrating for parents.” But your own research, combined with expert input from your pediatrician, should help you feel comfortable that the plan you create for your child is the right one.

It’s important to remember just how lucky you are to be a parent, and that there can be many blessings to having a child with ADHD. “My sons are imaginative and love to explore … they have so much to offer,” says Molly. “It can be overwhelming at times — but that’s just being a parent.”