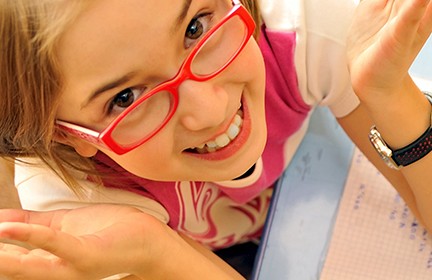 A close friend and mother of four children recently expressed concern for her oldest son’s lack of responsibility. She chatted about how frequently her 10-year-old daughter loses her gloves or never remembers to turn off the TV before leaving the house. She reflected on how her 14-year-old twin sons walk out the door right past their backpacks three mornings out of five. As the conversation progressed past mere chatter, the question of their level of responsibility for themselves and their actions came under fire.

She wondered about her inability to teach her children and felt a sense of panic in how fast they had grown. When would they learn? Would they ever develop the sense of personal responsibility that is necessary to be successful adults?

“My son would lose his head if it wasn’t attached.” “My daughter consistently forgets to bring her homework home” and “I can’t find my sneakers” are phrases heard daily in many households. Adding to the frustration of constantly having to find lost possessions, parents worry about their child’s ability to demonstrate responsibility for their personal items and behavior.

“Once a week I take everything that’s left lying out and toss it into a giant garbage bag,” chuckles mom Kim Woodbury as she explains her method for implementing a sense of responsibility. “Whether it’s a math book, borrowed video game or piece of hockey equipment, if it’s not put where it’s supposed to be, it’s gone!” While this option certainly tackles the problem of parents tripping over items or having to partake in the search for the missing baseball glove, some would argue that this might yield yet more confusion.

Although collecting the items and temporarily stashing them away can provide some relief, ironically this option can backfire. Some children may eventually learn to be more responsible with their toys or possessions, however, in most cases a child who is irresponsible with his possessions begins to apply the principle that sooner or later his things will be scooped up by a parent. This child doesn’t actually learn to be responsible because this process may teach him that someone else will ultimately take responsibility for his items.

While parents such as Woodbury do eliminate clutter, their kids may still need some help learning how to be responsible enough to prevent the clutter in the future. Adding some additional supportive measures that compliment this approach can offer families further support in the search to instill responsibility.

It’s Never Too Late to Begin

What are you to do if your 10-year-old has no inclination for keeping track of his possessions, or your teen is overwhelmingly irresponsible? “The first step is to not give up,” says life coach and professional organizer Lori Schmidt. “Everyone has the ability and potential to enhance his level of responsibility, you just have to know where to begin,” she says.

Schmidt recommends parents begin with assessing the specific areas their children need help with. “For some children it’s actually working on their memory skills more than responsibility. For others, it’s restructuring their attitudes,” says Schmidt. A child who appears to have a lazy approach toward responsibility for belongings may in fact feel overwhelmed about how to be responsible. Forgetfulness or a feeling of being overwhelmed can easily be perceived as a lack of responsibility.

Schmidt recommends reinforcing responsibility with reminders and clues. Place an “out-the-door” checklist on your refrigerator for kids to refer to before leaving for school. You can also opt for tacking a bulletin board up in his room to create a central location for reminders, notes and a calendar to chart his responsible progress. Parents can also subtly guide children to be responsible by modeling it and including children in tasks that require responsibility.

Elizabeth Gibson wishes her two children would realize the importance of taking responsibility for their actions. “They are always stunned when I take away a privilege if they don’t do what they are told.” Gibson’s quest to instill a responsible attitude in her children for their actions can be achieved by implementing a few techniques.

“In this instance, parents should clearly communicate potential consequences, so the child knows what to expect,” says Schmidt. Another option is reverting back to the idea of a checklist. Noting that watching TV is only permitted after rooms are cleaned or that playing video games is a luxury for those who complete their chores helps children learn how to be responsible as well as avoid losing privileges.

Praising children for their demonstration of responsibility when they take it upon themselves to feed the dog or water the plants further advances your mission. Your child will appreciate the recognition and just might strive to receive additional praise by doing more.

Gina Roberts-Grey is a freelance writer.

Parents, accustomed to nurturing their children, must focus on letting go of their ‘tweens and teens with confidence so that they can assume independence and greater responsibility. A parental feeling of helplessness may be similar to the one felt when watching your child learn to walk: She tried to get up on her feet, faltered, fell, tried and failed again. You wanted to help – but you know that she had to do it on her own. You could only be a witness; you couldn’t do it for her. Your felt conflicted as she reaches out to the world one day, only to withdraw the next, part of her hoping that you’d take over.

As difficult as the transition to total independence is, becoming autonomous is absolutely necessary if your child is to forge ahead successfully into adulthood. Studies have shown that kids who have the easiest time achieving independence come from warm, supportive families who operate under clearly defined rules and who enjoy open communication between the parents and their children. Conversely, kids who grow up in restrictive homes where parents constantly criticize them have more difficulty becoming independent. If your child is shy or timid by temperament, more patience and encouragement may be needed in this transition.