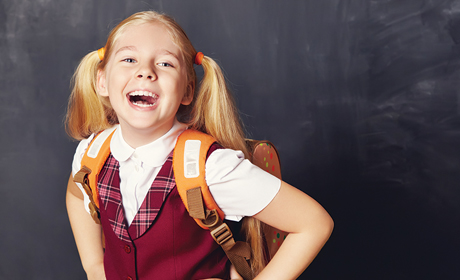 Cincinnati Public Schools (CPS) has a long history of excellence in their magnet school programs. That has not changed. However, the school board met in early August to vote on proposed enrollment changes effective for the 2016 – 2017 school year. As CPS works on implementing these changes, Cincinnati and NKY Family Magazine are right there with the details that affect your child.

For parents new to elementary school enrollment, understanding the different elementary school options can be challenging. A community school is the school where a child is assigned according to their home address. Each child within the geographic boundaries of CPS is guaranteed a spot in a community school. Magnet schools, on the other hand, are alternative options within the CPS district that have a specific focus, or are guided by a certain teaching philosophy and require an application for a child to enroll. Magnet schools have limited spots and there’s no guarantee.

What is a Magnet School?

The first magnet schools emerged during the 1960s in response to desegregation happening in public schools across the nation as a direct result of the civil rights movement. Many white parents fled to the suburbs in resistance to having their child re-assigned to a school in the name of integration.

The first alternative schools were not yet called magnet schools but the idea was the same. It was believed that if parents and students had a choice in the school they attended, according to the programming or teaching approach, parents and students would be more invested in education and the school would be more successful and more naturally diverse as a result. To find common ground in the interest of learning was key. This concept grew into what we understand today to be a magnet school. Christine Wolff, Communications Coordinator in the Public Affairs Department of CPS says, “Think of the word magnet, a magnet attracts. You’re attracted to a specific magnet school because of how they teach or what they have to offer.”

Cincinnati Public Schools’ Magnet Programs exist at the elementary school level from preschool to sixth grade. Schools with program focus are citywide, meaning that as long as you live within the CPS district you can apply to these schools. The programs include: the arts, foreign language, gifted and STEM (science, technology, engineering, math).

Schools guided by teaching philosophy include Montessori, Paideia, elementary college preparatory and fundamental academy. These schools are divided between east and west areas and are organized according to what community school a child’s assigned to, making it less confusing when exploring the different magnet options. However, if a child or parent happens to like one of the east or west schools better than the one in their geographical area, the child may still apply for that school of interest, so long as it’s understood that the parent’s responsible for transportation.

Knowing Which School is Right for Your Child

After you’ve determined what schools interest you, Wolff says it’s important to call the school and schedule an onsite visit and take a tour. Not every teaching approach is right for every child. For example, Audrey Holtzman has four children who have attended CPS magnet schools. Holtzman has always liked the Montessori approach to learning and three of her children thrived in this environment, but looking back, she sees that for one of her children, it may not have been the best choice. The Montessori approach requires a child to work independently and figure things out on their own. This approach to learning works well for some, but not for all. Many children require more hands-on help in the their learning. This was true for one of Holtzman’s children. However, since she was able to support her child’s learning efforts at home, all four of her children were able to attend the same CPS magnet school successfully.

Taking the time to visit the school is important. Wolff says, “seeing the school in action is the best way to decide.”

Siblings of children already enrolled in a magnet program get priority above new students when applying to a magnet school. However, that convenience does not replace the importance of knowing the school is the right fit for your child.

How the Application Process is Changing

Cincinnati Public Schools recently voted to suspend the current first-come-first-served enrollment system for one year (the 2016 – 2017 school year) and replace it with a lottery system while working to perfect a permanent enrollment system.

Many neighborhoods are used to seeing the campouts that come with enrollment days. Local dad Travis Porter camped out for 13 days outside the Fairview-Clifton German Language School last year to ensure his daughter would have a spot in the kindergarten class. The whole community gets involved during these enrollment days. “Neighborhood families bring you food and offer to stand in your place,” says Porter. “Plus you make friends in line.” Porter says it helps develop a community of parents before the school year even starts.

However, Porter also says that he understands it is difficult on parents who cannot get the time off of work to stand in line for enrollment, but thinks those parents who invest in the process are the ones who are committed to their child’s education. Porter believes this commitment helps make the magnet school successful.

Holtzman agrees with Porter, however, she’s also quick to point out that this process of standing in line also “creates a socio-economic divide,” or it deepens an existing one. Working parents who may not get vacation days can’t afford to take pay-days to dedicate to their child’s enrollment. “The curriculum is the same across all of Cincinnati Public School District,” Holtzman says, “minus special programming like foreign language or the approach like Montessori.” When a parent chooses a magnet school over their assigned community school because they feel it’s in a “better neighborhood,” it comes down to the socio-economic divide. Holtzman believes a more fair system — like a lottery system — will help even the playing field for everyone within the Cincinnati Public School District.

How the New System Will Work

Elementary magnet school applications for the school year beginning Fall of 2016 will be available online from Oct. 24 to Nov. 29. Parents can fill out this application from any computer with internet access — at home, at the office, at the library and even in designated spots throughout the school district. There’s no need to stand in line, parents can fill out this application any time between these dates and still be entered into the lottery. Starting Monday, Nov. 30, the ITM department at CPS, who will run the lottery, will begin randomly selecting students. Letters will go out beginning that day to notify parents of their child’s enrollment. The goal is to notify all parents by the end of the calendar year.

Acceptance of out-of-area applications for east and west designated magnet programs will begin Tuesday, Jan. 19, 2016. This is a non-lottery. Parents are to hand in paper applications at the out-of-area schools where they want their child to attend; a magnet school can accept out­-of-area students only if no waiting list exists.

High school programs like The School for Creative and Performing Arts and Walnut Hills High School are not affected by this change. The process for these merit- and talent-based schools are the same.

Sibling priority enrollment is not affected. These applications are accepted Oct. 5 – 16. This is a paper application obtained from the specific school.

“Don’t worry,” says Wolff, “A magnet school guide will be mailed to each home within the Cincinnati Public School District and will have all of the details you need for your child. Look for it in your mailbox soon.”