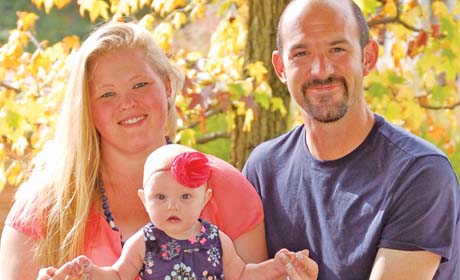 Like many young couples, Greg and Casey were excited to start their family. But like one in every eight couples that struggle with infertility, getting pregnant proved more difficult than they anticipate. After considering all their options, they agreed that adoption was the right course for them.

“We decided that being parents was more important to us than being pregnant,” says Casey. So the couple began to explore the world of adoption — and discovered that it’s a pretty big world.

Adopting a child can follow a lot of different paths, including domestic versus international, and even when adopting a child born in another state. The laws and requirements for prospective adoptive parents can vary considerably by each state, so adopting from somewhere outside of Ohio means different factors must be considered.

After plenty of research, including some online webinars and talking with other adoptive couples, Greg and Casey decided they wanted to adopt within the state of Ohio and to use a local agency. Their search led them to Adoption Connection, a private, non-profit agency licensed by the Ohio Department of Job and Family Services which specializes in the adoption of infants younger than 6 months old. Adoption Connection operates under the umbrella of Jewish Family Services, but the agency serves families of all faiths. Social workers at the agency work with both birth and adoptive parents to supervise placement in the home until the adoption is completely finalized, which is six months after placement. The agency also offers support groups for all parties in an adoption, and gatherings for actively waiting families. In addition, Adoption Connection offers post-adoption services, like counseling, further education, mediation between adoptive and birth families, and the Celebrate Adoption network.

“I liked them because of their personal connection,” says Casey, adding that it was important to her that they remained involved and helped guide the two of them through each step of the process.

There are admittedly a lot of steps, according to Cherie McCarthy, MSW, LISW-S, Director for Adoption Connection. The state of Ohio requires an application from the prospective adoptive couple that includes documents like financial and medical statements, letters of referral and proof of a fire inspection. Couples must fulfill a certain number of hours of adoption education, the curriculum of which is set by Ohio. “It’s very interactive,” says McCarthy, adding that parents get to hear about personal stories and experiences from adult adoptees, a birth mother, and a family who has successfully adopted.

Individual and couple interviews are conducted, along with a walk-through of the prospective adoptive parents’ home where a social worker takes note of things like safety measures. But it’s not about being the perfect parent, according to Greg and Casey.

“It’s not intrusive,” says Casey, explaining that it’s all to help forward the process, and parents are given a chance to resolve any issues that might come up. “They really want you to succeed.”

Help for the Birth Mother

It was important to Greg and Casey to know that Adoption Connection offered the same level of support to the birth family. While prospective adoptive parents are completing their application, the agency works in tandem with birth mothers to explore all options before making sure that adoption really is the best path for them as well.

“We’re a very hands-on agency and try to build strong relationships with all of our clients,” says McCarthy, adding that sometimes it’s a matter of linking birth mothers to the right resources. If adoption does indeed prove to be the best option, Adoption Connection is there with post-adoption support groups and counseling.

“They’re making a huge sacrifice,” says McCarthy, adding that many parents choose adoption because they don’t have a support system and they fear they won’t be able to give their children all that they would like. This means that birth parents’ preferences are really heard and included when considering adoptive families.

Adoption Connection asks adoptive families create an online profile for birth mothers to review. This is where parents can really share their lives and the lives they envision with a child. “I always encourage parents to be yourself,” says McCarthy. “This [birth] parent needs to picture their child in your family, as part of your home. They want to know what birthdays and holidays will be like, what will a family vacation look like, and what will their child’s education be like? That’s often very important to a birth mother.”

According to McCarthy, the majority of adoptions are open to some degree, and it depends on what level of communication both families agree to. “I think openness can be done well,” she says. “It’s the birth and adoptive parents coming together for the benefit of a child.”

When a birth parent chooses a family that she’d like to meet, they gather at the agency with a social worker to help facilitate the conversation. “You can tell in those meetings if things are really connecting,” says McCarthy, “and that’s a really neat thing to see.” She adds that often birth and adoptive parents find common ground, whether they connect over a similar interest or a talent.

That’s how it worked for Greg and Casey. They got a call in May of this year to meet a birth mother the following evening. It was a meeting that went exceptionally well. “You just click and feel it,” says Casey. “It’s kind of like when you meet your soul mate, you just know.” And fortunately, the birth mother felt the same way. She even invited the couple to the hospital when she delivered, which was just a few days away from their initial meeting.

After she was born, Greg and Casey were able to stay at the hospital with Katelynn (a name they chose after Greg decided he “needed a Katie in his life”) during those first days (a birth mother has 72 hours after delivery to terminate her rights). Greg admits to feeling every new parent’s concerns when holding his little girl: “You worry about things like what do we do now, what do we next, do we really have everything we need?” But they’re the kind of worries that are overshadowed by joy as well as gratitude. “We’ve been so excited through this whole process, and it’s still that way,” says Greg. Casey adds that, “People say she’s lucky she got you. But we honestly are the lucky ones. She’s amazing. And we really love and respect the birth family and hope to keep such a good relationship. We wouldn’t be where we are without them. They’re really important to us as well.” 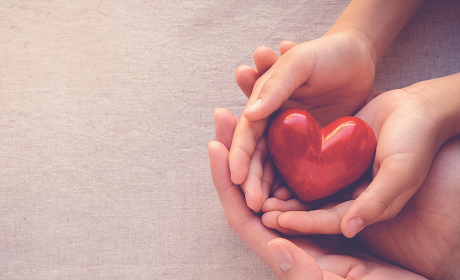 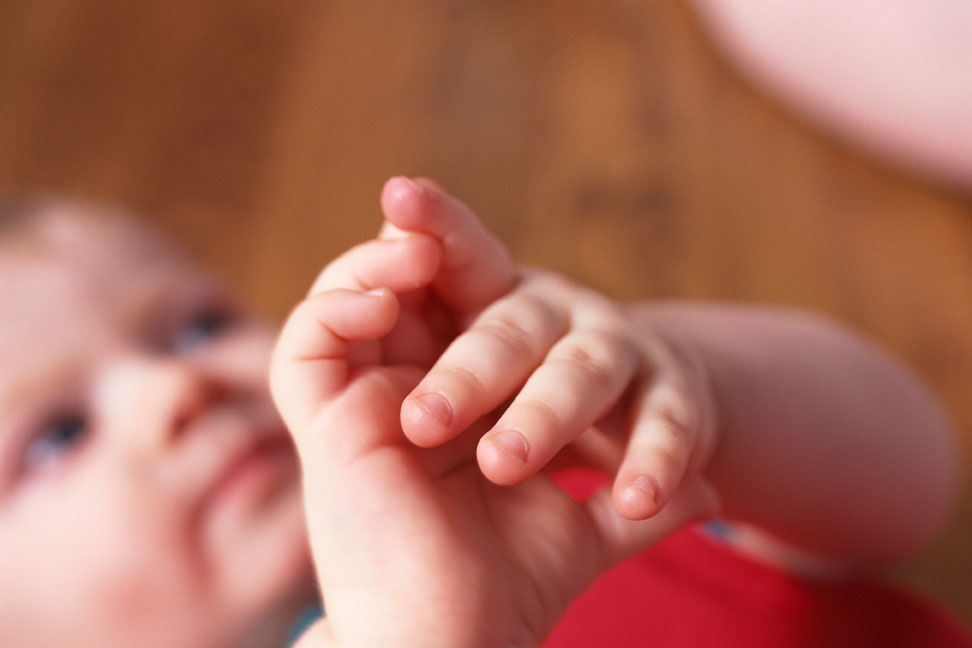